Logs from corduroy road now being offered for sale 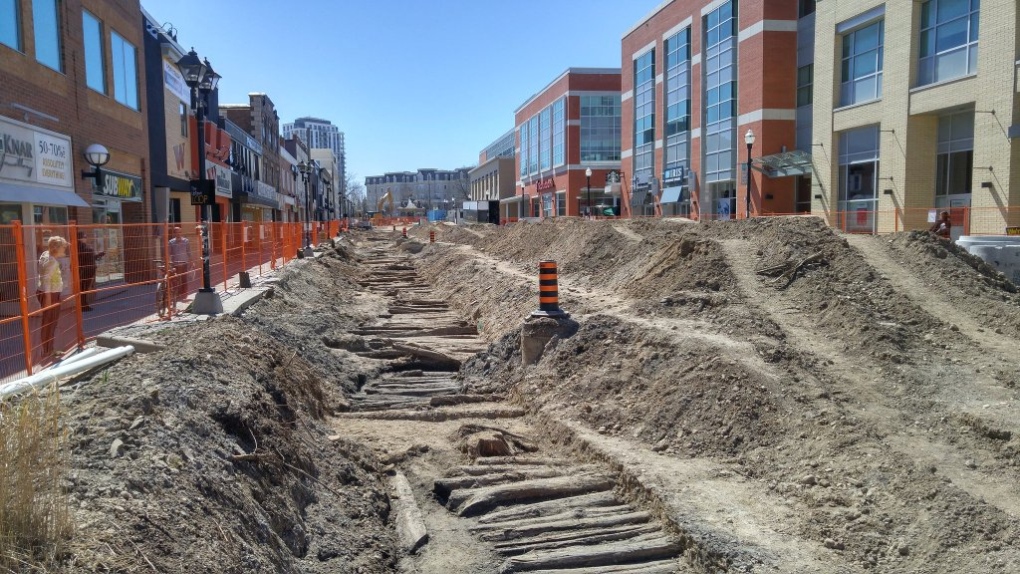 If you thought you were too late to get one of the logs from the two corduroy roads found beneath King Street in Waterloo, you may be in luck.

There’s just one difference – now, it will cost you.

Two were found this spring by crews doing LRT-related construction on two different stretches of King – one in the uptown core, and one near Conestoga Mall.

Logs from both roads were made available to the public for free. The first batch were snapped up in less than an hour.

Now, several weeks later, it appears some recipients of the log are ready to offer them back to the public – for a price.

PDR Picture Frames, a business located on King Street, is advertising pieces of the log for sale.

Each piece is framed and comes with a photograph of the road itself, as well as a description.

According to the gallery’s website, the displays are “on sale” for $495 apiece until the end of July.

At least one log has also been advertised for sale on Kijiji, although no asking price was specified and the listing was removed earlier this week.