100 more sections of corduroy road to be available for public 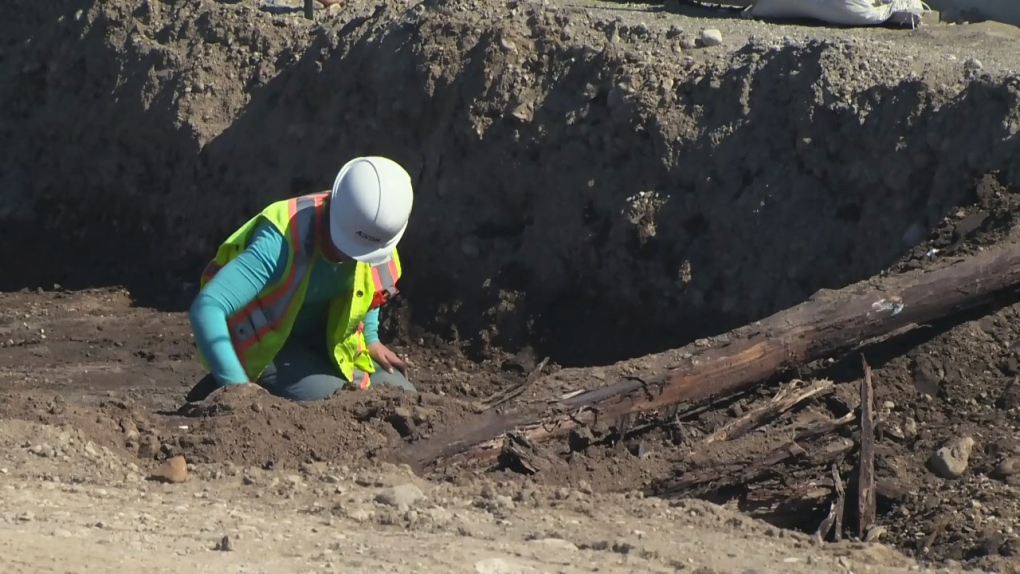 A worker examines a corduroy road discovered beneath King Street North in Waterloo on Friday, May 6, 2016.

If you missed your chance to own a piece of the corduroy road found beneath King Street in Waterloo, you might not be out of luck.

Made out of logs strewn across swampy or otherwise difficult-to-travel areas, corduroy roads were among the first roads laid in Waterloo Region.

Last month, it took only 27 minutes for logs from a corduroy road found underneath King in uptown Waterloo to be given away.

Hours later, Ion construction consortium GrandLinq announced that a second corduroy road had been found much farther up King – near Northfield Drive.

This particular road is believed to date to the early 19th century, with logs from cedar and elm trees.

A total of 100 logs from that road are being made available for interested members of the public.

The logs are two feet long, and are available for free starting at 7 a.m. Thursday.

Anyone interested in picking one up can head to the region’s emergency training facility near the Waterloo landfill on Erbs Road.

Pickups are being limited to one log per vehicle per visit.