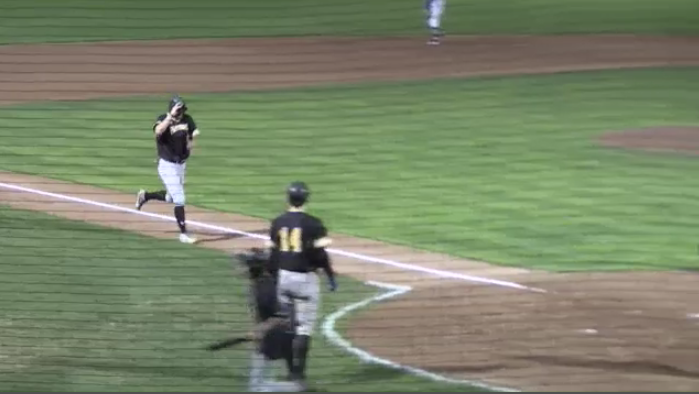 The Kitchener Panthers have forced a game six in the IBL Finals. (Sept. 6, 2019)

The Intercounty Baseball League finals have been extended once again.

The Kitchener Panthers beat out the Barrie Baycats 6-5 in Thursday night action.

The Baycats now hold a three games to two lead in the best-of-seven series.

The nail biting game in Barrie saw the Panthers leading at the top of the sixth inning 4-2 before the Baycats tied it up and forced extra innings.

The Panthers outscored their opponents 2-1 in the 11th inning to come away with the win.

Barrie had the chance to take home their sixth straight championship with a victory on Thursday. Kitchener also prevented this and avoided a series sweep with a game four win.

Game six of the series is set for Saturday at 7 p.m. in Kitchener’s Jack Couch Park.