Kitchener may force stricter noise controls for Ever After Fest 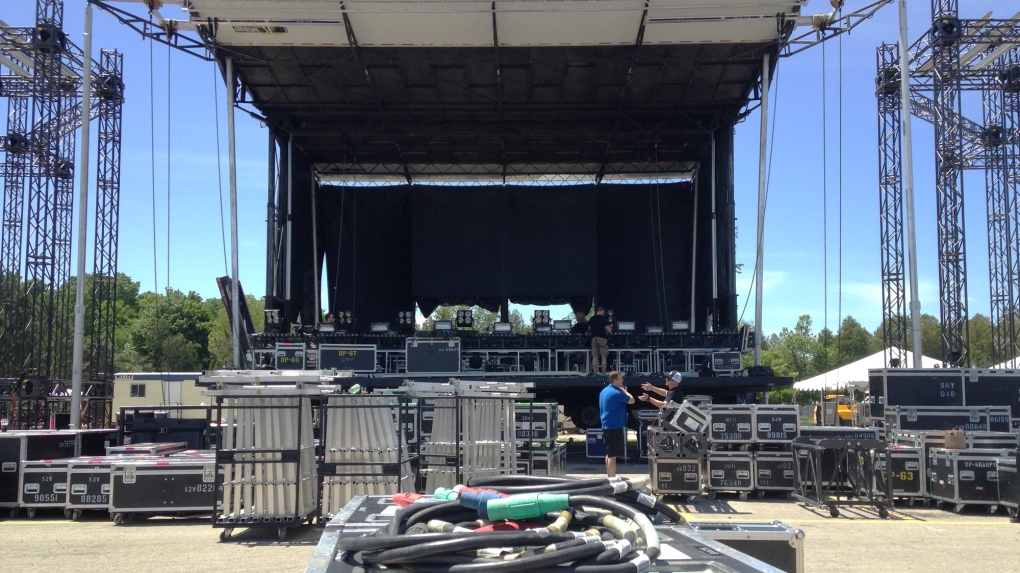 The stage is assembled at Bingemans for the Ever After Music Festival on Wednesday, June 1, 2016. (Dan Lauckner / CTV Kitchener)

After the 2017 edition of Ever After Fest garnered more than 100 noise complaints, the 2018 edition of the electronic music festival may have to abide by stricter rules.

Kitchener city councillors will vote Jan. 8 on whether to allow a noise exemption for the festival. Noise exemptions are required for an event to avoid being ticketed for violating the city’s noise bylaw. They are often approved with little debate.

If the exemption is not approved and the festival goes ahead anyhow, a city report says, Ever After’s organizers could face legal action.

City staff have proposed setting out several specific criteria in order for the exemption to be granted.

They include lowering the maximum allowable decibel level from nearby residential areas from 65 dBA to 55 dBA, not letting any “offensive language” be heard from residential areas, and forcing the festival to pay for a bylaw officer to be on-site to monitor noise issues.

Typical evening noise levels in the area around Bingemans, where the festival is held, range between 38 dBA and 43 dBA.

City officials say the high number of noise complaints during last year’s festival was likely due to several factors, including weather conditions that caused noise to travel differently than during the first festival in 2016, the 65 dBA limit allowed by the festival’s noise exemption and the bass-heavy nature of electronic music.

The 2018 edition of Ever After Fest is scheduled to take place June 8-10. Organizers expect it to attract about 25,000 people per day.