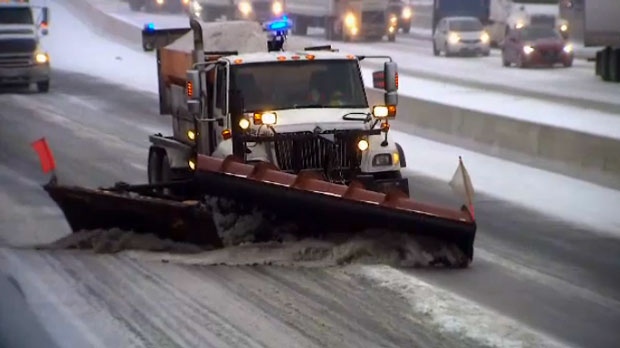 Drivers in Kitchener can now keep track of snow-clearing operations during snow events.

The city has introduced a new “Getting Around” map on its website.

After a snow event is declared, residents can go online to see which roads have already been cleared by snowplows so they plan their route.

The city says the map will be updated for 24 hours after a snow event.

Those are usually declared when the city is expected to get a significant snowfall of eight centimetres or more.

Crews clear roads according to priority. The first category is arterial roads, while the second includes Grand River Transit bus routes, as well as roads with steep hills and sharp curves. The last category is residential roads.

A powerful 7.8 magnitude earthquake rocked wide swaths of Turkiye and neighbouring Syria on Monday, killing more than 2,500 people and injuring thousands more as it toppled thousands of buildings and trapped residents under mounds of rubble.

Canada stood ready to provide help in the aftermath of a deadly 7.8 magnitude earthquake that rocked Turkiye and Syria, Prime Minister Justin Trudeau said Monday, with over 2,300 people reported dead.

As preparations are underway for the anticipated health-care 'working meeting' between Prime Minister Justin Trudeau and Canada's premiers on Tuesday, new details are emerging about what some provinces are expecting.

Why was the Turkiye-Syria earthquake so bad?

The magnitude 7.8 earthquake that struck Turkiye and Syria on Monday is likely to be one of the deadliest this decade, seismologists said, with a more than 100 km rupture between the Anatolian and Arabian plates.

A former Liberal MP is seeking the dismissal of two criminal charges connected to his time in office. Raj Grewal's lawyer argues that prosecutors have not presented enough evidence to find him guilty of the two breach of trust charges, and the Crown has failed to establish essential elements required for such a finding.

Retirements, high training costs and poor pay are fuelling a pilot shortage in Canada, industry analysts say, at a time when travel has surged in the wake of the COVID-19 pandemic.

The outlook for the loonie in 2023 largely depends on commodity prices, how the U.S. dollar fares, and whether central banks are successful in avoiding a major recession, experts said.