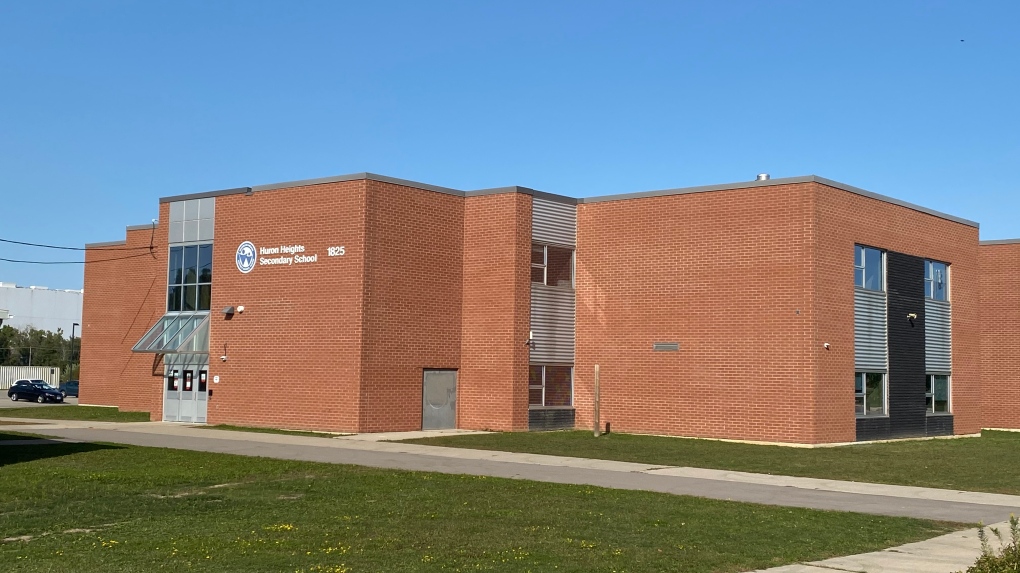 KITCHENER -- A Kitchener high school has reported a fourth case of COVID-19 in its student body.

Huron Heights Secondary School reported the case on Monday, saying that the student was last in the building on Sept. 25.

Public health officials said they have identified that there were no high-risk school contacts.

"They have determined there was no exposure to students or staff during the infectious period," a news release from the school read in part. A spokesperson with the Waterloo Region District School Board said that no cohorts had to self-isolate because the student was not at school when they were infectious.

Three other students at Huron Heights have tested positive for COVID-19 as well since the school year started. The spokesperson said that there has been no epidemiological link between the cases and as such, there has not been an outbreak declared.

There have been two outbreaks at local schools so far: one at KCI, which was declared over on Oct. 2, and one at Ecole Cardinal-Léger, which has reported two cases to date.

You can keep track of every case of COVID-19 on our interactive, online tracker.

There have been at least 20 cases of the disease identified in students at staff at publicly funded Waterloo Region schools since the school year began.

The Region of Waterloo's online COVID-19 dashboard shows a significant uptick in cases among people age 10 to 19 since the school year began, with the number of cases in that demographic more than doubling in the last month.

'Throat tickle' prompted PM Trudeau to be tested for COVID-19