Kitchener-Conestoga too close to call 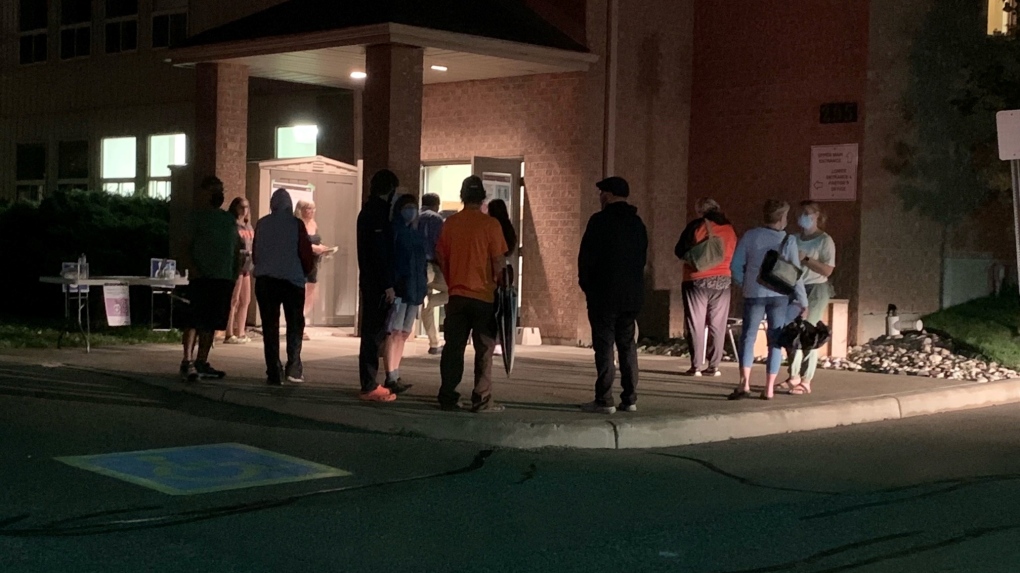 A late night lineup at a Kitchener-Conestoga polling station on Ira Needles Boulevard. (Jeff Pickel/CTV Kitchener) (Sept. 20, 2021)
KITCHENER -
As of Tuesday morning, the federal riding of Kitchener-Conestoga is still up for grabs.
Liberal incumbent Tim Louis leads the race over Conservative challenger Carlene Hawley by a 174 votes, with all but one polling station reporting in.
In 2015, Conservative Harold Albrecht defeated Liberal Tim Louis by 251 votes. In 2019, Louis defeated Albrecht by 365 votes.
The neighbouring riding of Kitchener-South Hespeler is also too close to call.