'It's saving us a lot on gas': Demand for electric vehicles increases as gas prices rise

Local car dealerships say they're seeing an increase in customers looking to make the switch to either electric or hybrid in the face of rising fuel prices.

Kyle Beattie, a product advisor at Forbes Toyota in Waterloo said more than half of its customers are interested in so-called green vehicles.

“There’s a huge demand for them,” he told CTV News.

Chris Goldswortchy, general manager at Kia Waterloo said the increased price of gas is the driving factor for many people making the switch.

“I drove by the pump today and it was almost $1.76 [per litre]," he said. "My phone's been ringing a couple times today from friends asking what [electric] cars I have available." 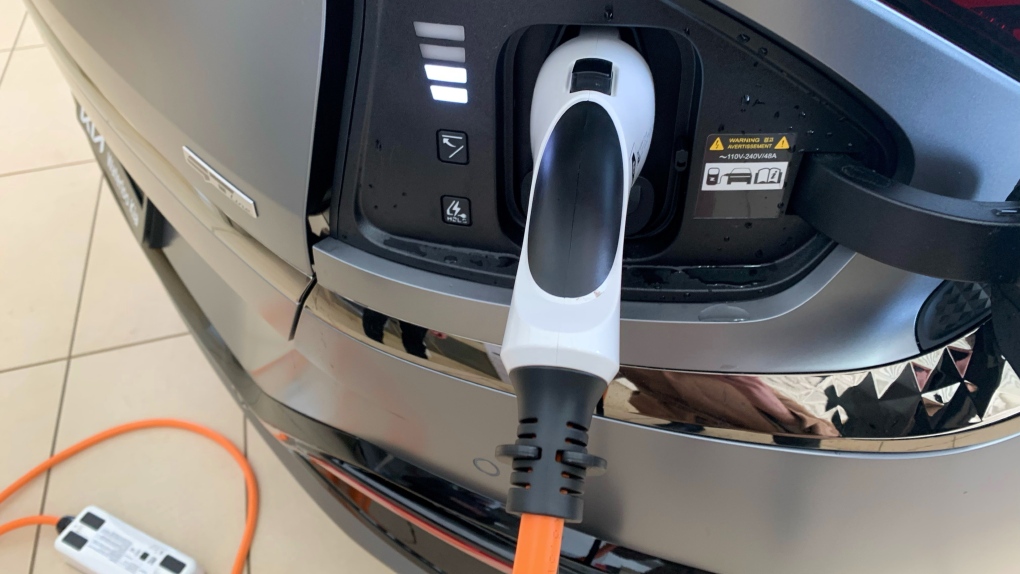 Wait times for a premium electric or hybrid vehicle are up to a year due to the high demand.

“It used to be more of a fringe thing before," said Goldswortchy. "We would sell the odd electric vehicle, but it had to be a specific customer that didn’t have a huge range requirement and was doing most of their driving in town. But now the technology has come a long way and the cars more usable for your average user. And gas prices are enormous, so the demand is huge compared to what it was before."

One Waterloo man purchased a second electric vehicle after seeing the price of gas increase.

“My wife drives to Listowel every day, we drive a lot… so we bought another [Tesla] this last March," said Sean Goggin. "It’s saving us a lot of money on gas."

While it costs more up front to purchase an electric vehicle, Goggin said the savings on gas is huge.

Meanwhile a Waterloo condominium is installing charging stations due to the increase in tenants purchasing electric vehicles.

Beth Jewkes, a board member at Caroline Street Private Residences said currently there are five electric vehicles at the building, but more than half a dozen are being purchased.

“We did a survey as part of this project to find out who would be interested in the next two years, the next five years, and 32 people stepped up,” Jewkes said.

Gas prices reached an all time high in Waterloo Region on Friday, and experts warn they're likely to continue to rise.

300,000 Canadians at 'severe' or 'moderate' risk of gambling problems

While problem gambling affects a minority of the Canadian population, more than 300,000 are at “severe” or “moderate risk” for gambling-related problems, according to a Statistics Canada study of gambling behaviour.

Anne Heche on life support, survival of crash 'not expected'

Anne Heche is on life support after suffering a brain injury in a fiery crash a week ago and her survival isn't expected, according to a statement from a representative.

The August 'sturgeon moon' has passed over Earth: Here is what it looked like

Rising over beaches, buildings and statues, the last supermoon of the year created ample viewing and photo opportunities around the world Thursday night.

The City of Toronto is investigating a power outage that left a large swath of the downtown core including office buildings, a major mall and a university campus without electricity yesterday.

A federal judge was to decide as soon as Friday whether to grant the Department of Justice's request to unseal the warrant that authorized the FBI to search former U.S. President Donald Trump's Florida estate. Attorney General Merrick Garland declared there was 'substantial public interest in this matter,' and Trump backed the warrant's 'immediate' release.