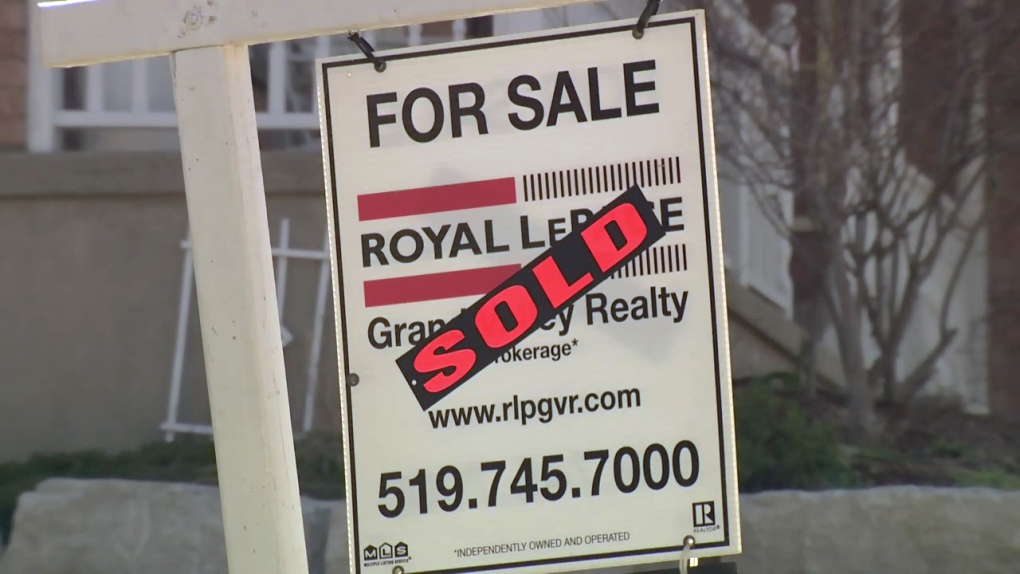 A 'sold' sticker covers a 'for sale' sign outside a home in Waterloo.

As house prices have skyrocketed in Waterloo Region, people in the real estate industry have said that low supply is a big reason behind the boom.

If that’s the case, then April brought the Kitchener-Waterloo real estate market a sign of a potential slowdown in price growth – and other signs that point to a very different outcome.

According to the Kitchener-Waterloo Association of Realtors, 985 residential properties in Kitchener, Waterloo, Wellesley, Wilmot and Woolwich were put up for sale in April.

That number is the highest seen locally in two years, which association president James Craig calls an “encouraging sign.”

Despite the increase in supply, homes were being snapped up faster than ever. The association says homes spent an average of 10 days on the market – down from 14 days in March, and 33 days in April 2016.

It was a similar situation in Cambridge and North Dumfries, where the Cambridge Association of Realtors says 234 residential units were sold.

April was also the month in which the province announced a series of 16 measures aimed at cooling off the housing market.

Those measures include a 15 per cent tax to be levied on people who are not Canadian citizens, corporations or permanent residents and buy housing in the Greater Golden Horseshoe, which includes Waterloo Region, better efforts to understand whether speculation and tax avoidance are playing a role in the current situation, and several actions aimed at renters.