More than 650 homes in Kitchener and Waterloo changed hands in March, at an average sale price of $485,819 – more than double what that figure was a decade earlier.

The trend isn’t unique to those cities. It’s happening in Cambridge, Guelph, Brantford and just about everywhere else in this part of the province as prospective homebuyers from the Greater Toronto Area – fed up with the high prices there – cast their eyes westward.

What $485,819 gets you in Kitchener and Waterloo is a little more than it gets you in Guelph – and a lot more than you could get for that money in Toronto and Mississauga.

Let’s take a look at just how much more bang for your buck you could – or could not – get, depending on how far you’re willing to move.

All properties displayed below were listed for sale on realtor.ca on April 13. Clicking on any of the photos takes you to the listings and more photos.

First, we need a baseline. 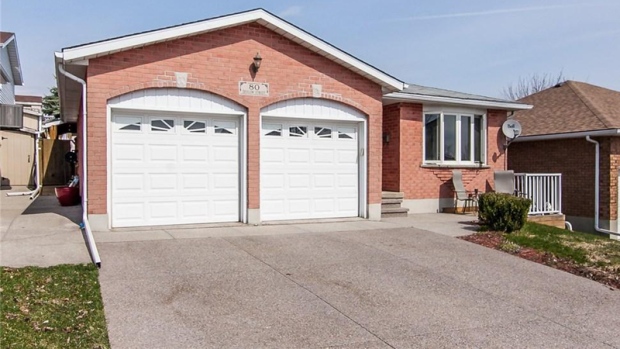 This is a nearly 1,900-square-foot backsplit on a quiet street near Lackner Boulevard and Ottawa Street in Kitchener.

It has four bedrooms and three bathrooms, as well as a finished basement. Out back, you’ll find an above-ground pool, a shed, and a large back. The kitchen and bathroom were updated last year.

It’s listed for $479,900 – but given the state of the local real estate market, it could well end up selling for more than that.

So that’s the standard. As we explore houses in the rest of the province and rest of the country, that’s what we’ll compare them to. 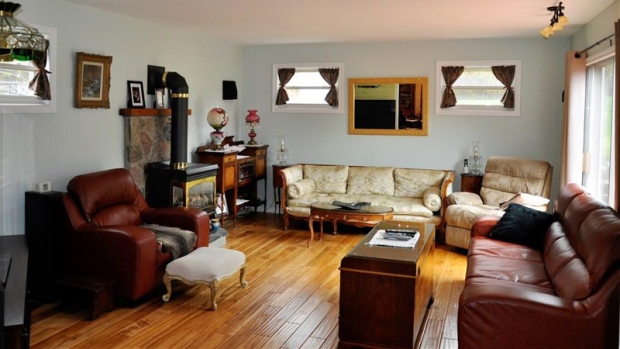 There are a few similarities between this house and the one in Kitchener, including the same asking price. It’s in a quiet residential neighbourhood (near Victoria and Eramosa, if you know the area). It has four bedrooms. There’s a rec room in the basement.

There are also some differences. This house is only one storey, and it’s about 30 years older than the one in Kitchener. It has two bathrooms instead of three. The backyard is sloped, and has a hot tub instead of a pool.

Given the shorter distance to Toronto, though, it doesn’t seem like a prospective buyer from the GTA would get all that much less for their money.

The next house we’ll look at tells a very different story. 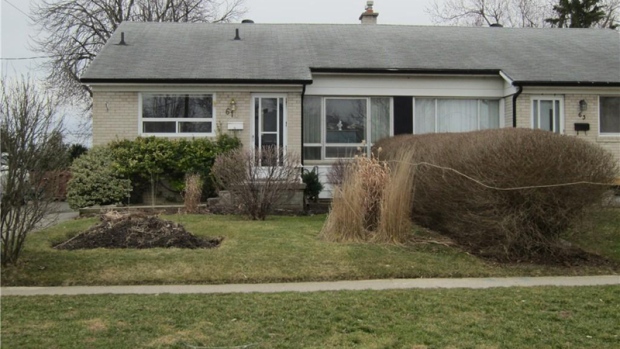 Located between Guelph and Toronto – but a little closer to Guelph – is Georgetown really part of the Greater Toronto Area?

By some definitions, yes. By others, no. But it’s about as close as you can get to Toronto if you want to buy even a semi-detached home for less than $500,000.

With an asking price of $479,900, this bungalow is listed as “a fantastic opportunity to get into the real estate market.”

Its 1,000 square feet manage to include five bedrooms and two bathrooms.

We don’t think we’ll find anything better by staying in the GTA, so it’s time to head in the other direction. 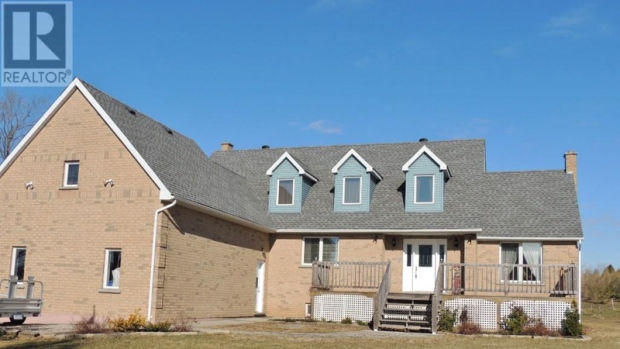 With Kitchener more than 90 minutes away, we’re out of commuting distance here.

If relocation is an option, though, and your budget is $475,000, this 2,600-square-foot home and its accompanying four acres of land could be yours.

This house contains three bedrooms, three bathrooms, and plenty of other space – including a 400-square-foot ‘bonus room’ above the garage. Elsewhere on the property, you’ll find a partially cleared woodlot.

So the message seems clear: If you’re looking for an above-average home for an average price, your best option is to get as far away from Toronto as you can.

But what about other parts of the country? Toronto and Vancouver may be the cities most people are worried about, but what can $485,819 or so get you elsewhere? 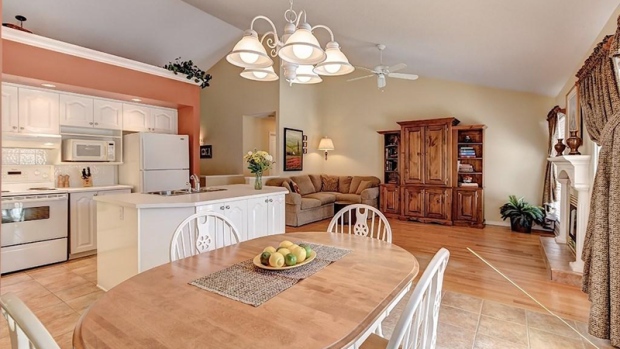 That shortage of houses hitting the market in southern Ontario doesn’t seem to be much of a problem a few hours to the east.

Canada’s capital has dozens of homes currently on the market in the $485,819 range, including this one with a list price of about $10,000 less.

Situated on a quiet crescent on the outskirts of the city, it boasts 1,555 square feet of space – all on one floor.

It has two bedrooms, two bathrooms, and a double garage with a recently resurfaced floor. 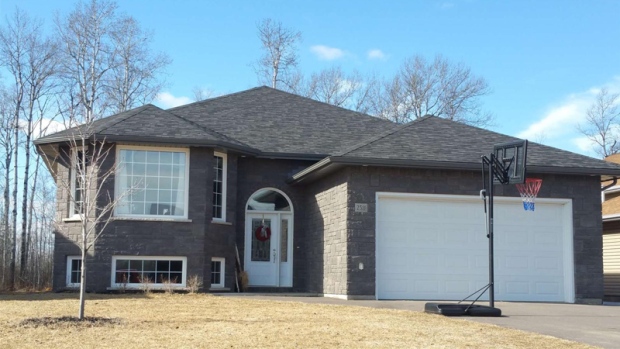 For the price of an average home in Kitchener-Waterloo, you can instead get a property with a house that was built four years ago and backs onto the first fairway of a golf course.

There’s just one catch: You have to move to Thunder Bay, where $485,000 can buy you a home that’s anything but average.

This particular house has three bedrooms and two bathrooms over its 1,825 square feet.

At less than half an acre, you won’t have as spacious a lot as the homes in Ottawa and Chatsworth offer – but since you’re overlooking a golf course, do you really need it? 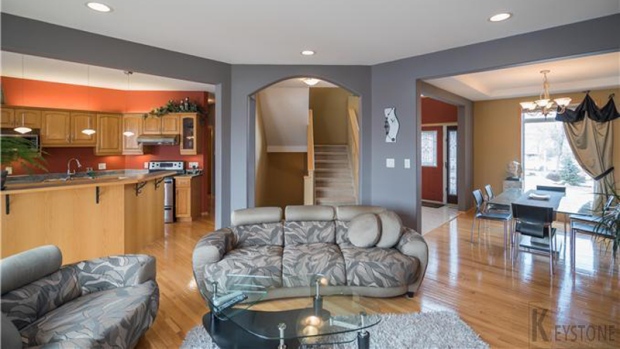 Winnipeg is a city of 700,000 people. Like Toronto, it’s a city where you have to travel a long, long way away from it to find something bigger.

Unlike Toronto, it has some of the lowest house prices in Canada.

It’s where you’ll find this 2,000-square-foot-plus home, with its five bedrooms, 3.5 bathrooms and two kitchens.

And it doesn’t end when you hit the door – the listing advertises a “massive backyard” looking out over a manmade lake. 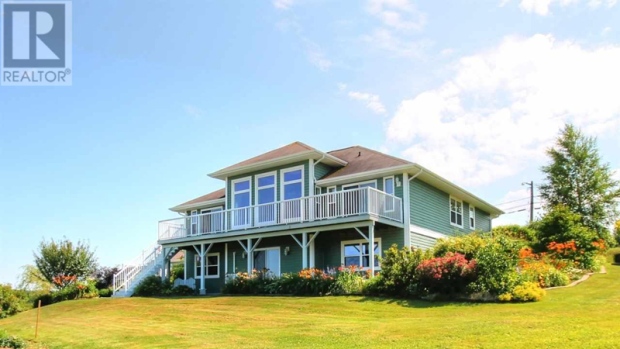 It’s not something you’d ever see in Waterloo Region, but it’s an active listing in Antigonish, N.S.

On the main floor, you have a family home with a large kitchen. In the basement, you have four bedrooms, each of which has its own ensuite bathroom.

The listing boasts that the sprawling, 1.56-acre property played host to a “four-star B&B” for 12 years. 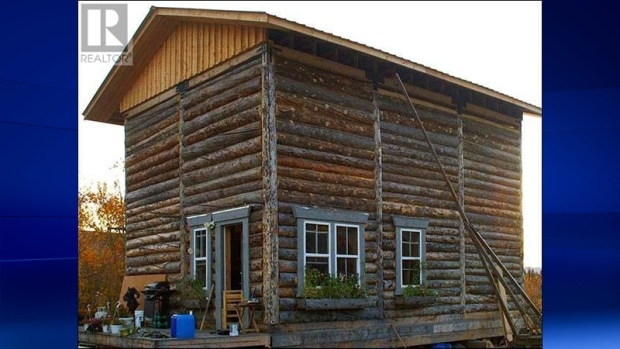 First, find a way to get to Whitehorse. After that, drive north on the Klondike Highway for seven hours.

If that sounds unusually expensive given the location, keep in mind that the two-acre property also hosts a steel shop and a 500-square-foot garden suite that can be used for rental income.

Inside the main home, you’ll get two bedrooms, two bathrooms, and what the listing bills as a “great appliance package.”

Also of note: The average January day in Dawson City brings a high of -22 C and a low of -30 C. So while house prices may be escalating with no end in sight in Kitchener-Waterloo, getting away from that phenomenon may come with other difficulties.