KITCHENER -- The first cohort of secondary students in Waterloo's public and Catholic school boards will return to the classroom on Sept. 8.

The second cohort will start with online classes, before going into school on Sept. 10.

The Waterloo Region District School Board released its schedule for secondary students on Friday, saying there were some changes to the original plan after further direction from the Ministry of Education.

The province released its back-to-school plan on July 30 and both school boards in Waterloo Region were named designated school boards, meaning secondary schools would operate on a quadmester schedule with two cohorts.

Rob Gascho, president of the Ontario Secondary School Teachers' Federation District 24, said the school board checked in with the province last week and was told there were changes to be made.

"Our understanding is that the provincial command table wanted to see some changes based on a different public health understanding," Gascho said.

The updated plan, released Friday, conforms to the provincial guidelines and has been approved, Gascho said.

"The previous plan was out to the public as well, so both of those are public now," he said. The previous plan had students alternating, they would be taking two courses in a quadmester, so they were going to be taking course one one day and course two the next day and it would alternate over a series of patterns in 15-student cohorts."

According to Gascho, the province wanted students to take the same course for five days in a row in the classroom, rather than alternating days.

Gascho said teachers are facing "a tremendous amount of anxiety with plans shifting constantly and changing."

Gascho added teachers don't know what they're teaching and classes start in less than two weeks.

"This is stuff we would normally be doing in April and May," he said. "They have to do it this week now, to re-timetable the schools and sections. It's a tremendous challenge to do that in these timelines."

Under the hybrid model, the traditional semester is broken down into two quadmesters, with two credits in each. One cohort will receive in-person learning for five days and then online learning from home for five days. The other cohort will operate on an alternating schedule. 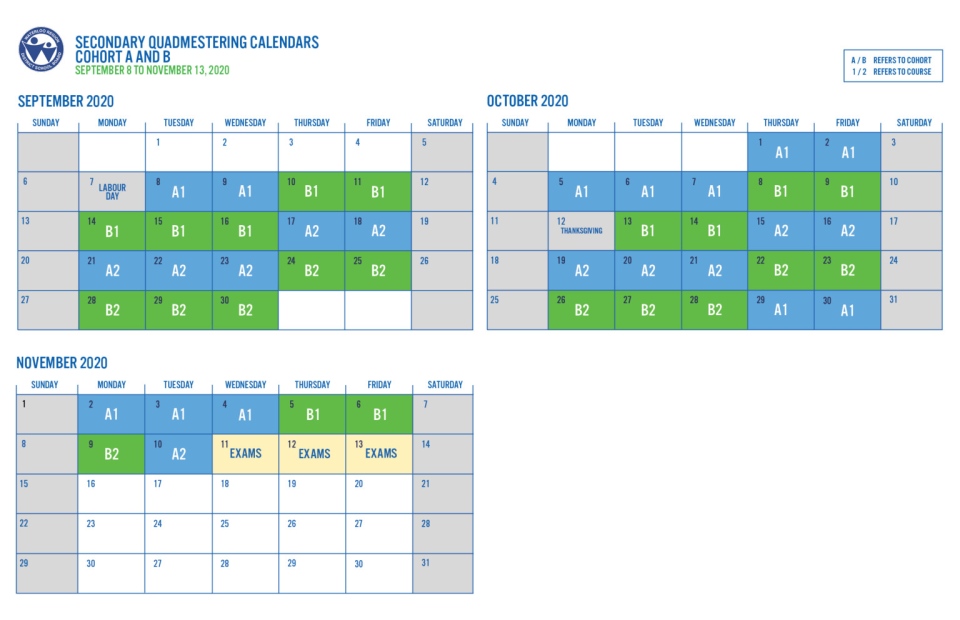 Schools will let students know soon which cohort they are in.

Here is the schedule for quadmesters to start the year:

Information on the details of the third and fourth quadmesters is expected soon. 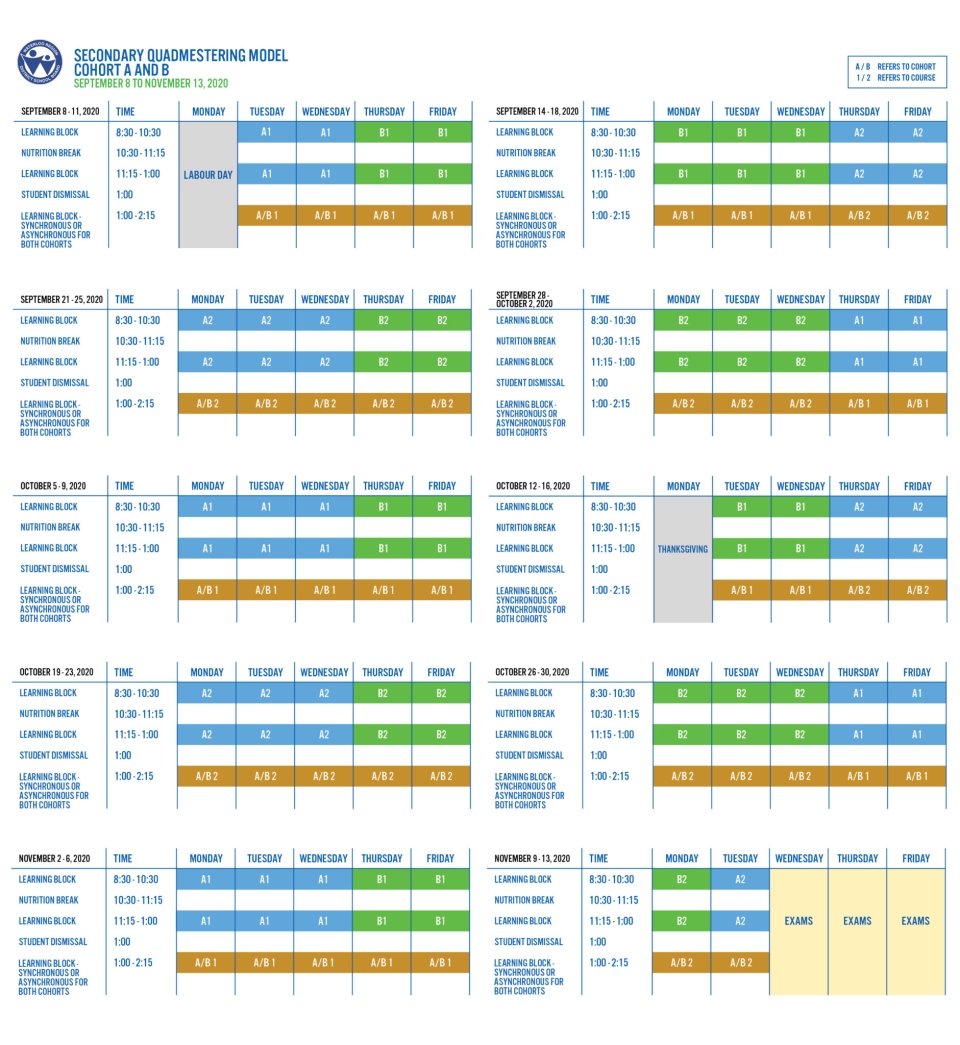 The WRDSB said more than 8,500 elementary and 2,000 secondary students will be taking classes through distance learning in September.

In a plan released on Friday afternoon, the school board said students will still be considered part of their home school, but with a shared distanced learning program. The distance learning groups will likely contain students from other schools according to grade level.

Elementary students taking French Immersion will all be in the same program to maximize the use of French distance learning teachers.

Distance learning will be divided into these divisions:

The school board said teachers will focus on creating a sense of connection and belonging during the week of Sept. 8 to 11. Parents will also receive their child's daily and weekly schedules that week.

Schedules will begin on Sept. 14.

Secondary distance learning will align with the quadmester schedule for students attending class in-person, the school board said.

The Waterloo Catholic District School Board also said the first cohort will have in-person classes on Sept. 8 and 9; the other cohort will return to school for Sept. 10 and 11.

Information on cohorts and schedules will be available to students on Sept. 2.

Both the WRDSB and WCDSB will stagger school starts for elementary school students.

Students in all grades will need to wear masks when inside school buildings.

Both school boards confirmed they will provide personal protective equipment, including face masks and hand sanitizer. Students can also bring their own.