Head-on crash leaves one driver dead, another in hospital 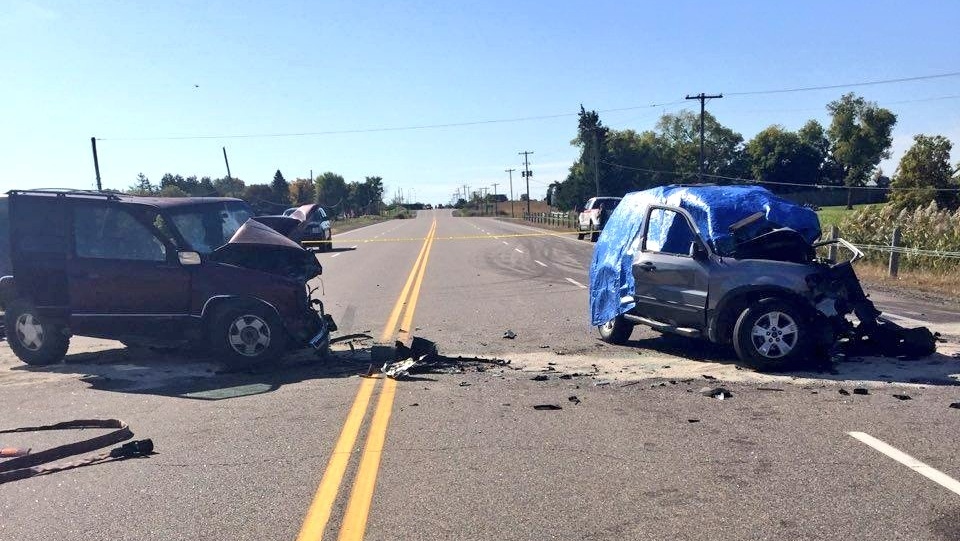 They say one vehicle drifted into the path of another vehicle going in the opposite direction on Highway 6 near Mt. Hope.

The male driver in one of the vehicles was killed.

The other male driver was taken to hospital with serious injuries.

Highway 6, between Chippewa Road East and Leeming Road, is expected to be closed for several hours while police investigate the cause of the crash.

The names of the drivers have not yet been released.