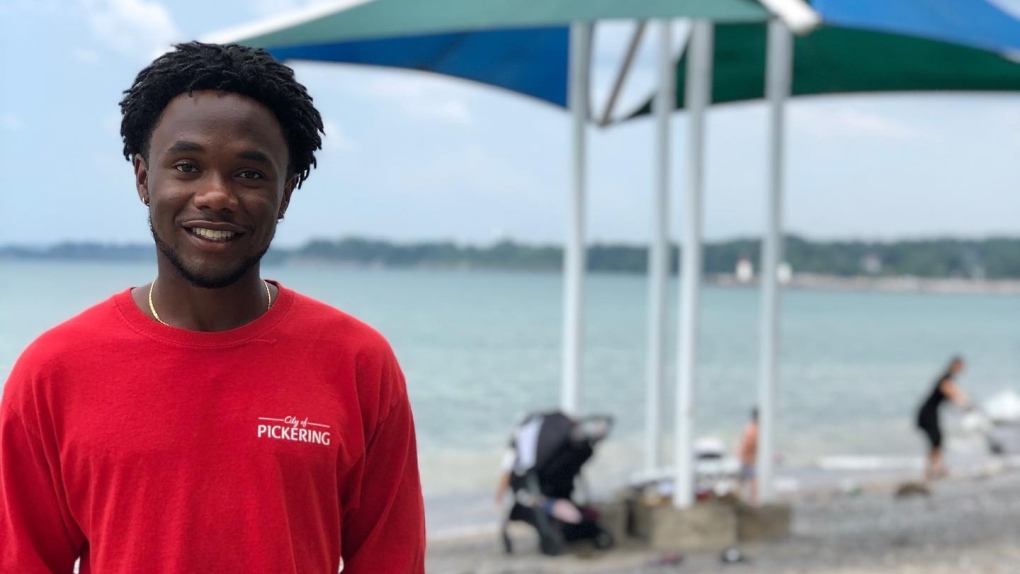 Zion Leatham, a fourth-year neuroscience student and former lifeguard, is being called a hero for saving a man from drowning in Lake Ontario. (City of Pickering / Facebook)

KITCHENER -- A 21-year-old student at the University of Guelph is being called a hero after he saved a man from drowning in Lake Ontario.

The City of Pickering said in a Facebook post last Friday that Zion Leatham, a fourth-year neuroscience student, had pulled a man from the water earlier in the week.

A father of two had swum about 40 metres into the lake to get a flotation device. A companion tried to rescue him, but she began struggling in the water, too.

Leatham, a former lifeguard and aquatics instructor, ran into the water to help and was able to tow both people back to shore.

A camp director with the City of Pickering where he lives with his family, he had been leading a youth camp at Beachfront Park when the incident happened.

He was thanked by Pickering's mayor and council members for his bravery and kindness.

The city says the incident shows how critical water safety is, and advises people to pay more attention to signage and safety equipment.