The Guelph Storm are OHL champions once again after sweeping their series against the Ottawa 67’s.

The two teams hit the ice Sunday for Game 6 with the Storm leading the best-of-seven series 3 to 2.

“It’s the hardest game to win,” said defenceman Mark Phillips before hitting the ice. “It’s gonna be a battle.”

The 67’s scored twice early in the first period and fans at the Sleeman Centre may have been worried that the visiting team was going to tie up the series.

But the Storm came back strong in the second and third periods, finishing the game with a 8 to 3 win. 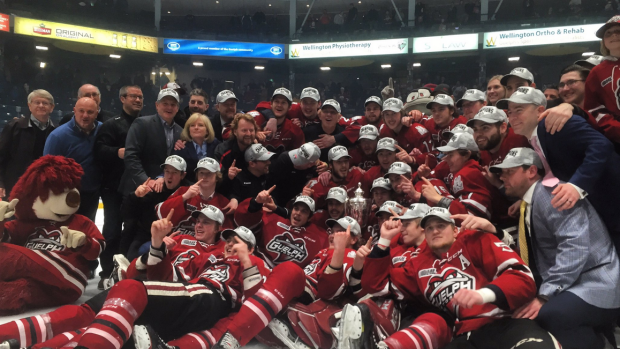 The team will now head to Halifax to play for the Memorial Cup.

Their first game will be May 18 against the QMJHL champs the Rouyn-Noranda Huskies.