She travelled there with Samaritans Purse (SP) to provide medical relief.

"The biggest thing I've had to wrap my head around is knowing that I have to rest, but at the same time, it feels wrong to be here when there's so much need," she told CTV Kitchener.

Veenman-Mulder was part of the first wave of relief personnel SP sent to Ukraine.

“It’s really difficult because the lay of the land isn’t really understood yet,” Veenman-Mulder said.

She provided medical care along with other doctors and nurses from around the world. But her team also included construction workers, electricians, cooks and distribution specialists – among others – who distributed a large number of medications and other life necessities to the people of Ukraine.

Veenman-Mulder worked with local orphanages and trauma patients injured in the war. She said a lot of her patients also had chronic conditions, like hypertension, diabetes or multiple sclerosis.

“It’s estimated that 50 per cent of the pharmacies in the Ukraine are closed right now and 50 per cent of health care workers have been displaced,” she continued.

Her team with Samaritans Purse was stationed in a makeshift hospital setting in a basement in Lviv. She is not allowed to share the specific location because it could put current efforts at risk.

She’s also not allowed to share certain photos because they could be geotagged.

Her home for the month-long stay was made up of multiple army-sized tents. Some were used for sleeping, others for emergency rooms, and another for an operating room.

“We started off sleeping 20 women to a tent and then we stacked our cots, so you’re sleeping on bunk bed cots,” she described. 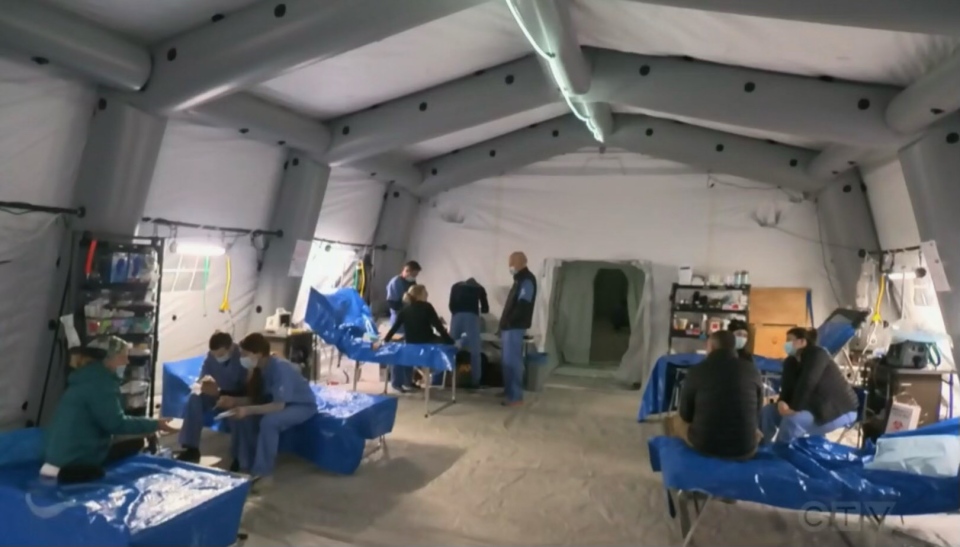 “I think the misnomer … is that you’re just going in to do medical,” Veenman-Mulder said, explaining she often helped with other aspects of the deployment.

When the SP team first arrived, she helped construction teams put together the tents and bathrooms for the medical work to take place.

“We’re also shipping medical supplies, so I got to work with distributions,” she said.

The trauma nurse described one day, well into her tour, which was emotionally tough on her due to the extreme nature of one patient’s care.

She said the next day she took a break from medical duties and instead helped the construction team with some heavy lifting in order to give her mind a break.

She described sleeping better that night, and feeling like she could reboot ahead of what, no doubt, would be another busy 12-hour day in the medical tent.

Veenman-Mulder remembers a moment of realization that still plays back in her mind.

It was the first night she arrived in the country, at the train station in Lviv.

“The entire upstairs is women and children,” she explained, adding she noticed all the men were absent.

“You get about four square meters, and that’s yours… but it’s warm, there were a number of agencies providing food and necessities of life.” 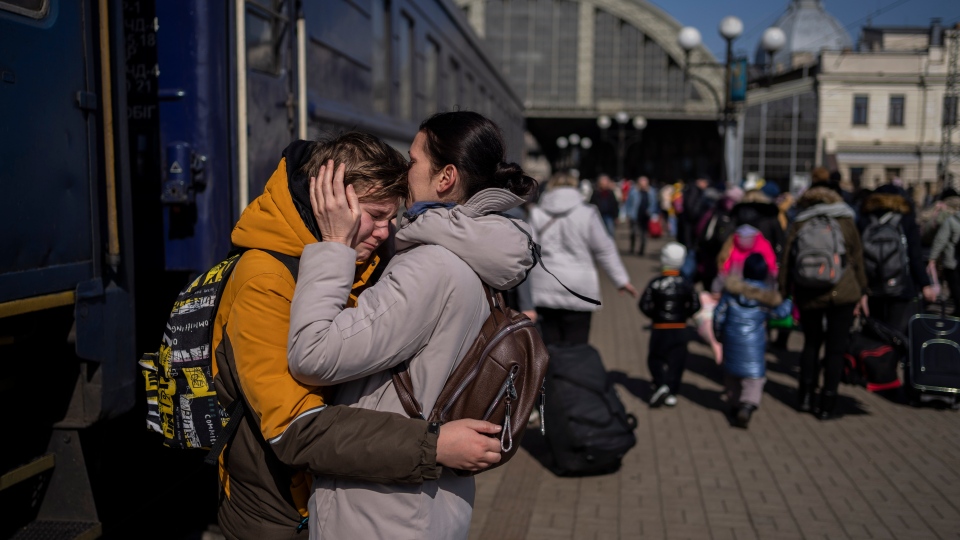 Then she walked downstairs, where the elderly and disabled were staying.

Finally she walked through the last room on her tour.

“It was hushed voices and the smell of coffee, but it was all men,” she recalled.

It was suddenly exceedingly clear to her – all the women and children upstairs, “had left somebody.”

Recalling the memory from her home in Guelph, Veenman-Mulder shook her head as she struggled to match her emotions with appropriate words.

HOW SHE GOT STARTED

The mother of four and new grandmother only got into nursing in her thirties.

It was a snap decision after spending time at the hospital for a major back surgery.

“God and I had a little conversation, that’s how bad my back was … because I couldn’t walk so I said 'if you let me walk again, I promise not to waste another day,’” she said.

She now has about 15 years of experience and is currently an emergency room nurse at Guelph General Hospital when she isn’t working with NGOs.

While in school for nursing, she also took classes in political science and current affairs – all topics that ended up playing a major role in her current work.

“I wanted to understand what influenced health,” she said. 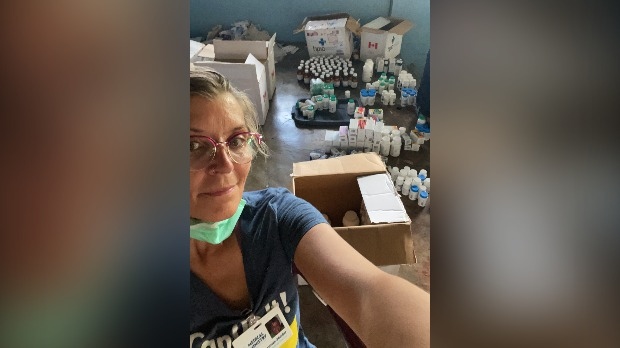 During nursing school, she visited Honduras where she assisted an NGO alongside her father, who also practices medicine in Guelph.

“I thought it would be a one and done deal,” she said, imagining it would be too much to juggle while raising four kids.

Now, her children are all older and out of the house.

While working in Honduras, she often spent time in neighborhoods where gangs were heavily present.

Veenman-Mulder has also travelled to the Amazon in Columbia. She described hour-long boat rides in order to get to patients, and the need to triple-check supplies before heading out for the day.

Planning and keeping track of inventory is essential, because “you only have X, Y and Z,” she said. 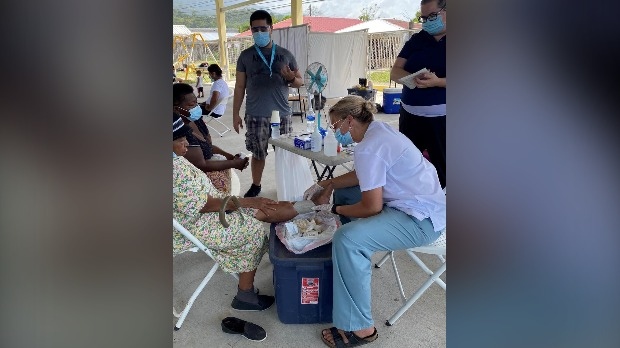 She has worked with the Red Cross, and Global Fire.

“I think the trauma, the war trauma, would set this deployment apart from every other one,” she said comparing Ukraine to past travels.

This wasn't her first potentially dangerous deployment, but it was still a daunting experience.

“We’ve got a bit of a policy in our house that if one person says no, with excellent reason, then I don’t go.”

Veenman-Mulder works on standby and is often given little notice when needed by organizations.

“It’s call and go,” she said, shrugging her shoulders.

She sometimes misses family events, like weddings, birthdays and showers, but said her family understands.

“This isn’t just me going there, I think my family actually does the heavy lifting,” she said, explaining they keep life on track back at home, and of course, worry about her.

“Every time there was a bombing close by, and by close by I mean within 100 kilometers, I would just text them and say ‘Safe. I am fine.’” 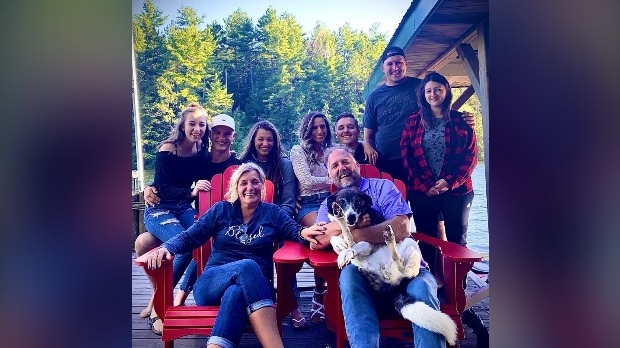 HOW SHE SEES IT

“To me, it’s really interesting doing a comparison of geography and population base between Ontario and the Ukraine,” said Veenman-Mulder.

In her mind, she compares the roughly 13 million people who have been displaced to the population of southern Ontario. It's a similar number.

For the nurse, it really puts the size of the situation into perspective.

“I can’t help but draw the similarities of what would happen if Hamilton was actually Kharkiv or Mariupol was Toronto.”

“The sheer population affected is horrifying.”

Veenman-Mulder said she has given Samaritans Purse her availability and is ready to go if, or when, another call from Ukraine comes.