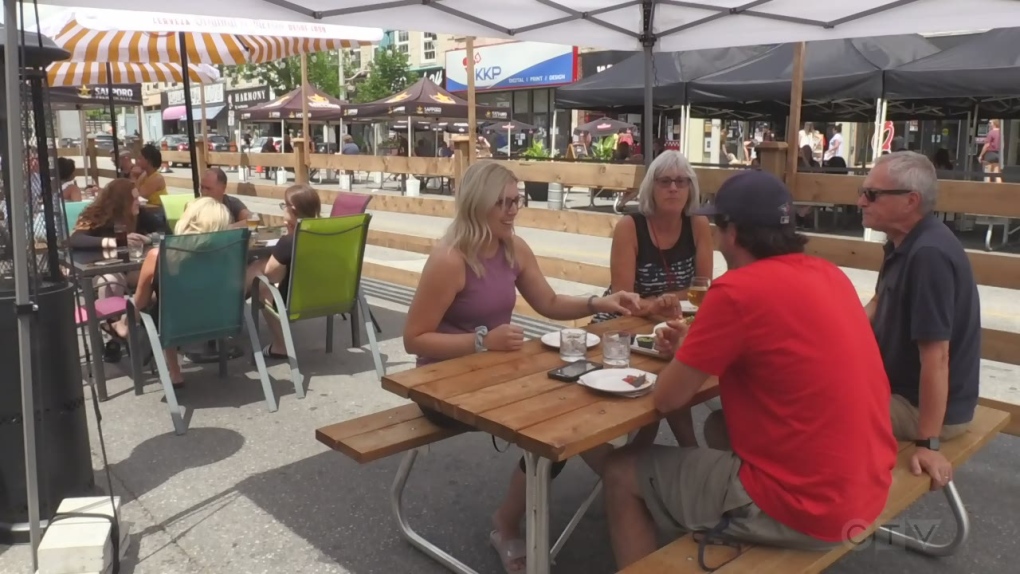 KITCHENER -- Guelph’s downtown dining district has been so popular, the city has decided to push back the end date of its pilot program.

It was supposed to wrap up on September 7, but will now continue until September 21.

“I’m thrilled with the way our downtown businesses, residents, and the rest of the community have come together to make the dining district a huge success,” said Mayor Cam Guthrie in a release announcing the extension. “I’m glad it’s staying open a little while longer. In times of adversity, we have to come together to find creative solutions to complex challenges; the downtown pedestrian zone and extended patios are a couple of great examples of Guelph getting it right during COVID-19.”

Marty Williams, the executive director of the Downtown Guelph Business Association, says the pilot project has been great for local businesses.

“They are a great attraction, and an important source of employment and much-needed economic activity,” he said in the release.

The program has been described as a success, but some say it’s been a little too popular.

“Every table is packed, there’s lines to get in,” one patron told CTV News last week.

The mayor, in response to similar complaints, reminded residents to keep safety in mind.

“As you’re coming downtown, think about wearing the mask, maintaining social distance, washing the hands, calling in advance to make reservations is also a really great point for our patrons,” he told CTV News.

The city says it wants to keep the downtown dining district going, but they have important work that needs to be completed.

“We’re happy to keep the pedestrian zone and patios open as long as we can but we also have some roadwork and other maintenance we need to finish before it gets too wet or too cold,” said John Regan, the General Manager of Business, Development and Enterprise Services, in the release.

Macdonell and Wyndham Streets are expected to reopen to traffic on September 22. Guelph Transit will also restore all stops along that route.

However there will be short-term closures as the city completes road repairs, line painting, and clears catch basins and storm drains.