'Every table is packed': Overcrowding concerns at Guelph's dining district 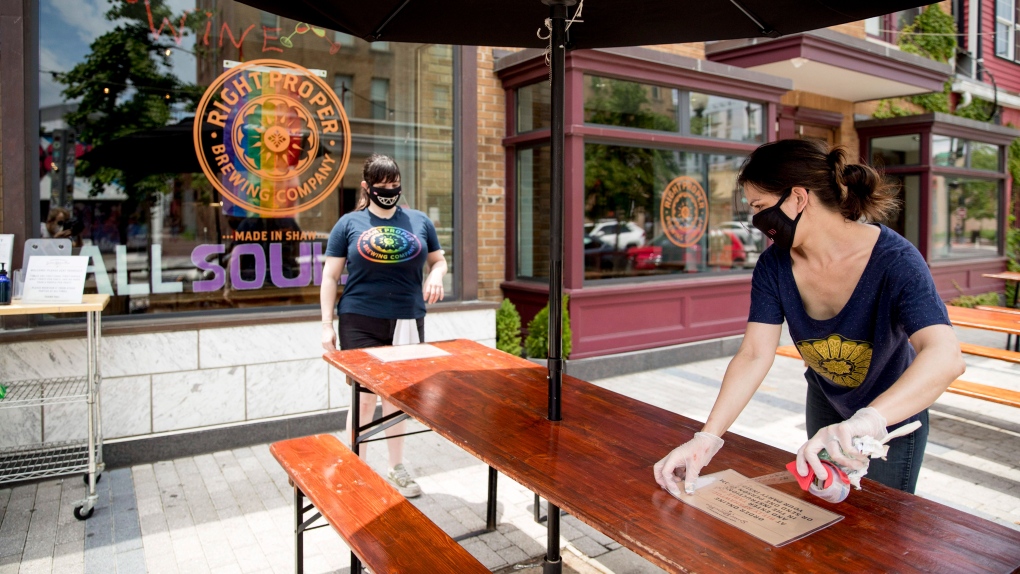 GUELPH -- A section of downtown Guelph has been turned into a large outdoor patio to help restaurants and bars recover from the pandemic, but there are concerns that it may be too inviting.

“Every table is packed, there’s lines to get in,” said a restaurant patron in an interview with CTV News on Tuesday evening.

The city has been fielding numerous complaints about overcrowding and the mayor, along with Guelph’s chief medical officer, is warning people to smarten up.

Mayor Cam Guthrie says he’s concerned that all the hard work done in the city to keep the COVID-19 case number low could be in jeopardy if people relax too much.

“As you’re coming downtown, think about wearing the mask, maintaining social distance, washing the hands, calling in advance to make reservations is also a really great point for our patrons,” he told CTV on Tuesday.

“You can’t hold everyone’s hand in life and neither can I, but if we can have a little bit of some monitoring in the restaurants, in the dining district, at the patios.”

He says at this point, the outdoor dining project is not in jeopardy of being shut down, but also admits that that is not entirely his decision to make.

“I don’t think it's going to get to a point of that, I don’t want it to be that, either does anyone else but that’s obviously up to the medical officer of health locally to make those types of decisions.”

More than 500 cases of COVID-19 have been confirmed in Wellington-Dufferin-Guelph, with about 236 of those identified in Guelph. As of Tuesday, there were 27 active cases in the area—more than half in Guelph—but Mayor Guthrie is hoping people help keep that number low while keeping downtown open for business.

“We want to maintain that momentum of health and safety that we’ve been so good at over the last few months and keep it going,” he said.

The real test will come over the weekend, when once again Guelph residents will be asked show restraint if they choose to venture downtown.

Misinformation on the virus is proving highly contagious

Most B.C. students to return to school for full-time in-class learning in September

Half of coronavirus patients given ventilation died: German study