Talks broke down between the Region of Waterloo and the union that represents hundreds of Grand River Transit workers Monday night and has resulted in strike. No GRT buses have hit the road in that time and no talks between the union and the region have been scheduled as of Saturday.

Students, those with physical handicaps, and commuters have all voiced their concerns with the job action. Meanwhile, alternative transportation has seen a spike in business.

LRT continues to be in service during the strike.

A three-vehicle crash on Highway 401 eastbound in Newcastle, Ont. has left a 40-year-old man from Ingersoll dead.

Police say that a transport truck was broken down or disabled on the right shoulder of the eastbound lanes. A straight truck heading east collided with it from behind, becoming wedged underneath it.

The drivers got out to speak to one another about the crash when the third vehicle, another transport truck, collided with the side of the straight truck. One of the drivers who was outside of his truck was pinned between the vehicles. Police say he was the one killed.

"The collision scene here is obviously horrific, as you can see," Sgt. Kerry Schmidt said in a video posted to Twitter. 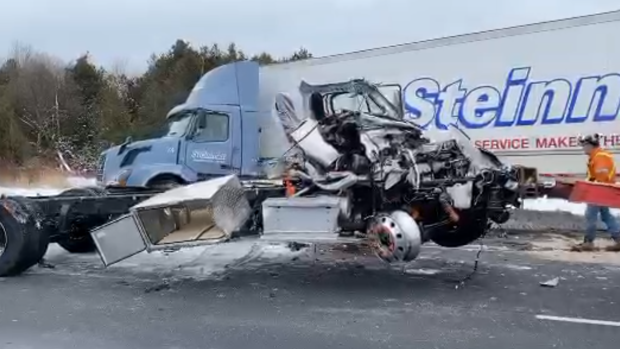 The numbers are gathered based on accounts registered to the site with student email addresses. The service is described as primarily for young women who are financially pampered by "sugar daddies" in exchange for companionship and negotiable sexual favours.

Guelph home had 97 cats inside, not 80: humane society

The Guelph Humane Society says that a total of 97 cats have been rescued from a home in Guelph, and that most of them are pretty healthy. Originally, it was believed that about 80 cats had been living in the residence on Huron Street.

The landlord of the building, who didn't want to be named, told CTV on Wednesday that a woman had lived in the apartment for about four years. He says that the woman's eviction led to the discovery of the cats, which prompted the humane society to begin removing them. 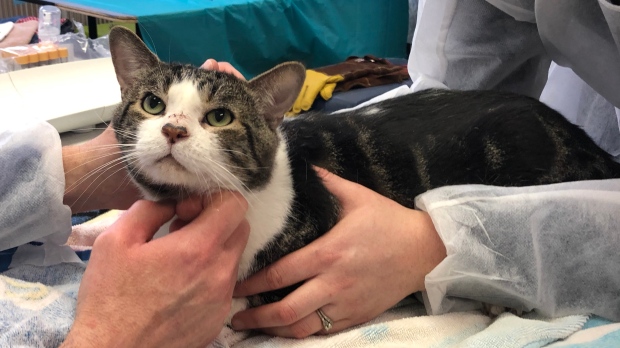 Three Boston Pizza restaurants in Waterloo Region have closed, but fret not, the company says. According to a spokesperson for the chain, the current local owner decided to close the restaurants.

"However, given the continued popularity and success of the other Boston Pizzas in the area and all across Canada, we will work quickly to find new owners and return more Boston Pizza restaurants to the area as soon as possible," a statement from the company reads.