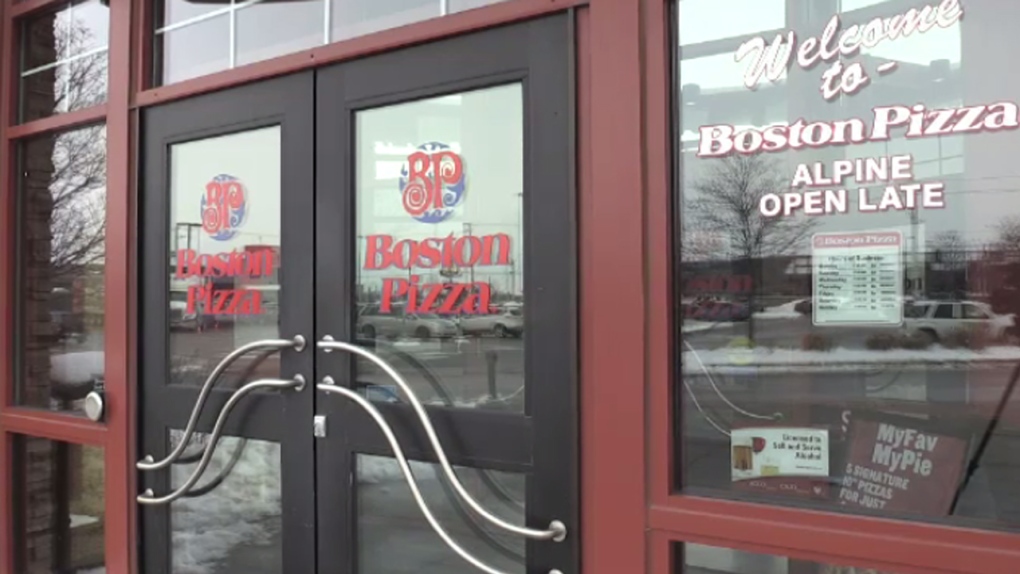 KITCHENER -- Three Boston Pizza restaurants in Waterloo Region have closed, but fret not, the company says.

According to a spokesperson for the chain, the current local owner decided to close the restaurants.

"However, given the continued popularity and success of the other Boston Pizzas in the area and all across Canada, we will work quickly to find new owners and return more Boston Pizza restaurants to the area as soon as possible," a statement from the company reads.

The affected locations are the ones on King Street North and Erb Street West in Waterloo, as well as the one on Ottawa Street in Kitchener.

On Thursday morning, there were no signs indicating the closures, but the doors were locked and the "open" signs were off.

Kitchener resident Dave Fromer was headed there for lunch to celebrate his birthday with a friend when he discovered the door was locked.

"We found out from a young lady that came out of the building that the place was officially closed," he says.

"I just hope that all the poor folks that are going to be out of work will be able to find something."

The same owner also ran the Boston Pizza in Stratford, which has also been closed.

It's not yet known whether those employees will retain employment if a new owner takes over.