A Mount Pleasant, Ont. man is calling for safety changes after his young son became stuck in the doors of a school bus and was dragged down the roadway beside it.

The shocking Nov. 1 incident was captured on video – and CTV News has learned it’s not the first time something similar has happened with the same bus company.

It happened outside the family’s home in Mount Pleasant, just south of Brantford. 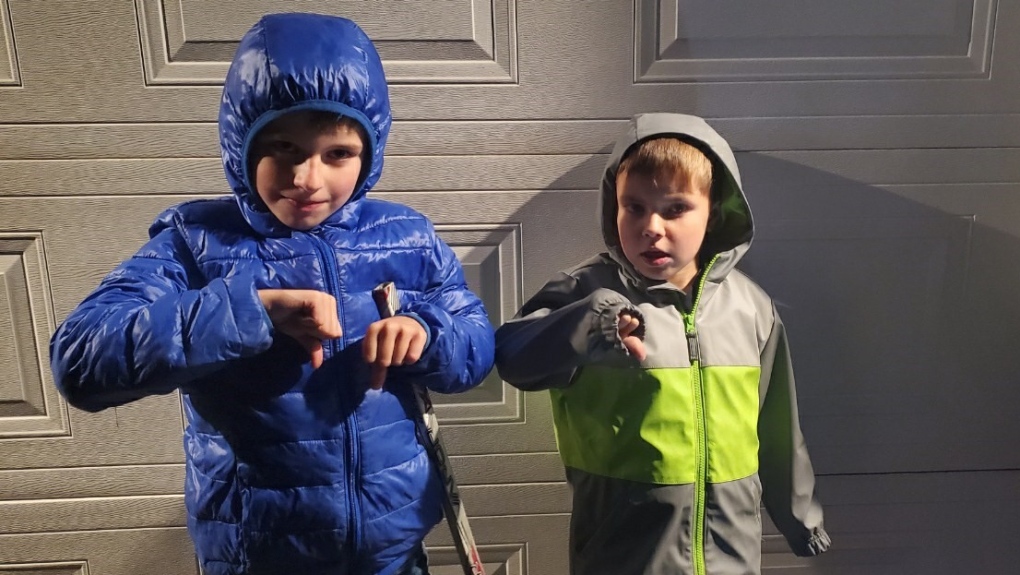 The bus company, Voyago, is investigating the incident and says the driver involved has been temporarily suspended pending the findings of the investigation.

“The vehicle involved has undergone a thorough inspection and remains out of service for the time being,” Voyago said, in part, in an emailed statement.

Brant County Ontario Provincial Police (OPP) is also investigating. There is no word on any charges.

The Grand Erie School Board will also be investigating.

The Nov. 1 incident isn’t the first time something like what the Tappen family experienced has happened with Voyago.

“A similar event had occurred on Sept. 26, 2022, in the same district, and was managed locally,” Voyago said in a statement, adding it involved a different driver.

It said a task force is being assembled and will be sent to the Brant Haldimand region, but did elaborate further on exactly what that would entail.

In the Sept. 26 case, the Brant Haldimand Norfolk Catholic District School Board said the student’s backpack got stuck in the doors of the bus. The child was not injured.

“Whenever we hear about a horrific incident like this involving a small child, everybody’s heart skips a beat at the same time,” said Nancy Daigneault, president of School Bus Ontario, a non-profit that promotes bus safety.

“They’re responsible for all safety standards on school buses, and they are now going to look into the bus doors to see to ensure they are safe… and if there’s anything they can do to make it safer,” Daigneault said.

As for the Tappen, he says he’s frustrated and wants to see changes made now. He’d like to see sensors installed on school bus doors.

Most importantly though, he’s glad his son wasn’t seriously hurt.

“It was really hard to hold back the emotions, but I was just more glad he was okay, that was the main thing.”