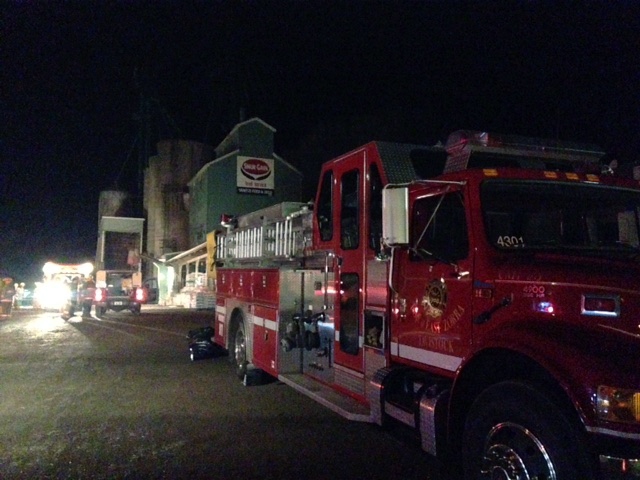 One person was seriously injured and two others taken to hospital following an explosion and fire at a feed mill in Tavistock.

Police and firefighters were called to Yantzi’s Feed and Seed Mill on Woodstock Street around 4:45 p.m. Tuesday.

By the time they arrived, the fire itself was no longer a concern.

“The working sprinkler system in the business had quickly extinguished the fire,” said Const. Stacey Culbert of the Oxford County OPP.

One man was taken to hospital with injuries police termed serious, but not life-threatening.

Two other men who were at the mill were also taken to hospital with less significant injuries.

“Their injuries are as a result of the fire,” Culbert said.

All three had been released from hospital by Wednesday morning.

Neighbouring properties were not affected.

Authorities continue to investigate the cause of the explosion.