'Everyone was out': Homecoming returns in full force to Waterloo region

'Everyone was out': Homecoming returns in full force to Waterloo region

On the morning after homecoming weekend in Waterloo’s university district, a group of environmentalists called the EcoHawks walked around picking up garbage left over from parties in the area.

Every year the student union committee from Wilfrid Laurier University tries to pick up garbage after events like Homecoming and St. Patrick’s Day. This time, the aftermath seemed a little cleaner to the group.

“It’s pretty good so far. We had a lot more last year. So, it’s pretty downsized,” Elizabeth Goguen, a member of the EcoHawks said.

On Ezra Street, the fences that were put up to keep partying off the road, were being removed on Sunday. A resident on the street said the fencing, along with a heavy police presence, helped keep things in control. But people just partied on other streets instead. 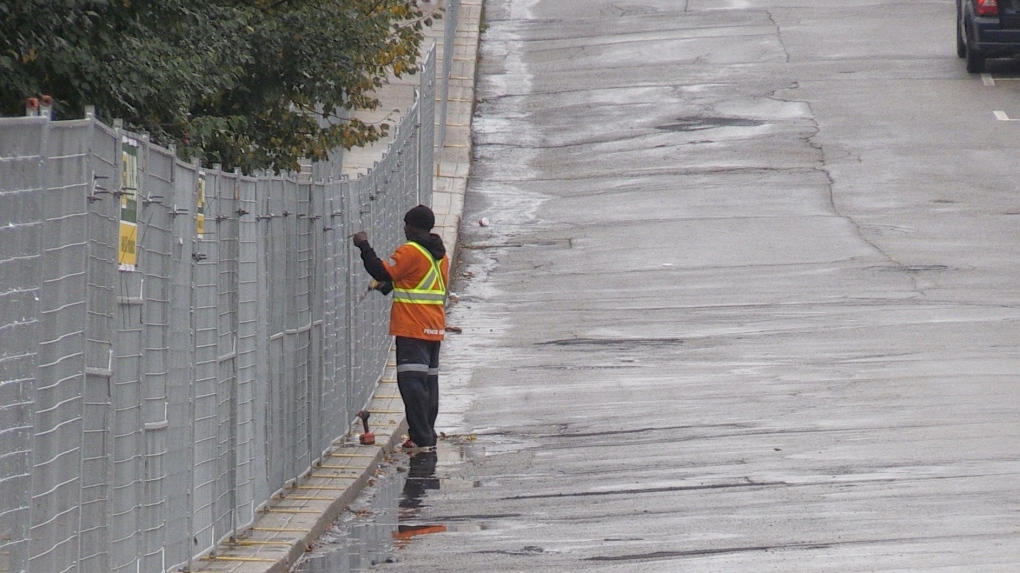 According to some who spent Saturday night in the university district, partying still found its way to the road.

“At night especially. In the day, it was more like partying in people's backyards,” Alyssa Henry said.

“Just the street parties. Everyone was out. It was a good environment. I just had a good time,” Nathan Khan said.

Waterloo Regional Police have not released any information related to partying on Saturday night. Police did report handing out alcohol-related charges and noise and nuisance bylaw infractions on Saturday afternoon.

“We won't have any stats or anything to release until Tuesday,” Cherri Greeno, a spokesperson for the Waterloo Regional Police Service, said in an email.

In Guelph, an unsanctioned gathering took place on Chancellors Way.

Videos posted to social media show people climbing trees and a fire in the street.

Guelph police did not immedietly respond to requests for comment.

The University of Guelph posted on social media Saturday night about the gathering.

We are aware of a large unsanctioned gathering on Chancellors Way. U of G does not endorse this illegal gathering and supports our first responders in addressing concerns.

We are aware of a large unsanctioned gathering on Chancellors Way. U of G does not endorse this illegal gathering and supports our first responders in addressing concerns.

The university issued a statement on its website on Sunday saying: "The University is disappointed with the large, unsanctioned, and illegal gathering on Chancellor’s Way, including the behaviour that was displayed by many in attendance"

“U of G takes pride in the relationship we have with our local community,” said U of G President Charlotte Yates in a media release on Sunday. “We are grateful to Guelph Police, Guelph Fire, paramedics, the hospital and our Campus Safety Office for their hard work and commitment.”

The university said it will will continue to work collaboratively with its students, the City of Guelph, first responders, neighbourhood associations and other key community partners to address the serious concerns associated with large, unsanctioned and illegal gatherings.