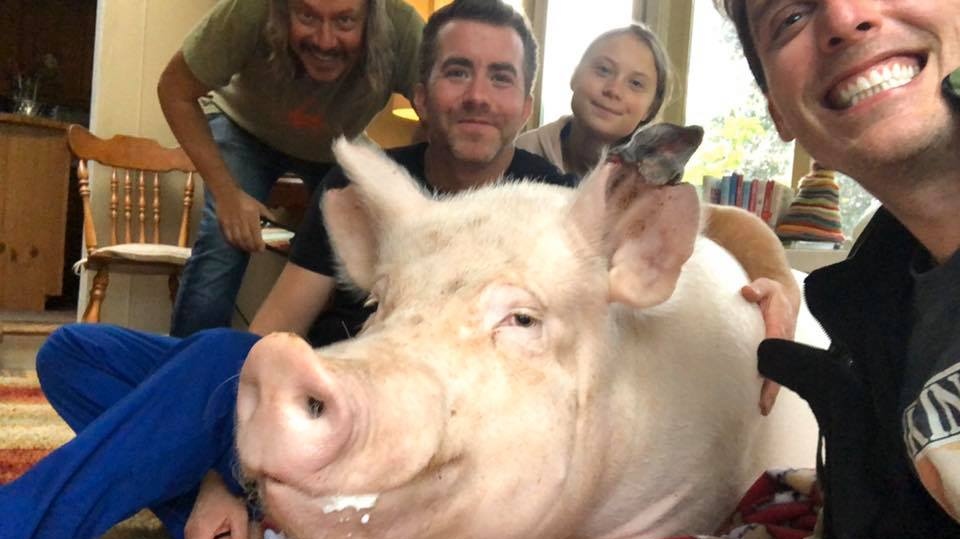 A not-so-little piggy stayed home to hangout with a famous climate activist.

"We were gonna change the world together. But she took my last cupcake, so the future of our alliance is uncertain," a photo caption posted to Esther's Facebook page reads.

Thunberg is currently touring North America, after sailing across the Atlantic to speak at the UN Climate Action Summit in New York.

Esther gained online fame after her owners, Derek Walter and Steve Jenkins, adopted her thinking she was a micro pig that would only reach a maximum of 70 pounds.

She grew to about 600 pounds within three years of being adopted.

The social media star ran into some health complications recently.

But for now, she appears to be healthy with a satisfied belly.