Esther the Wonder Pig runs into another health barrier 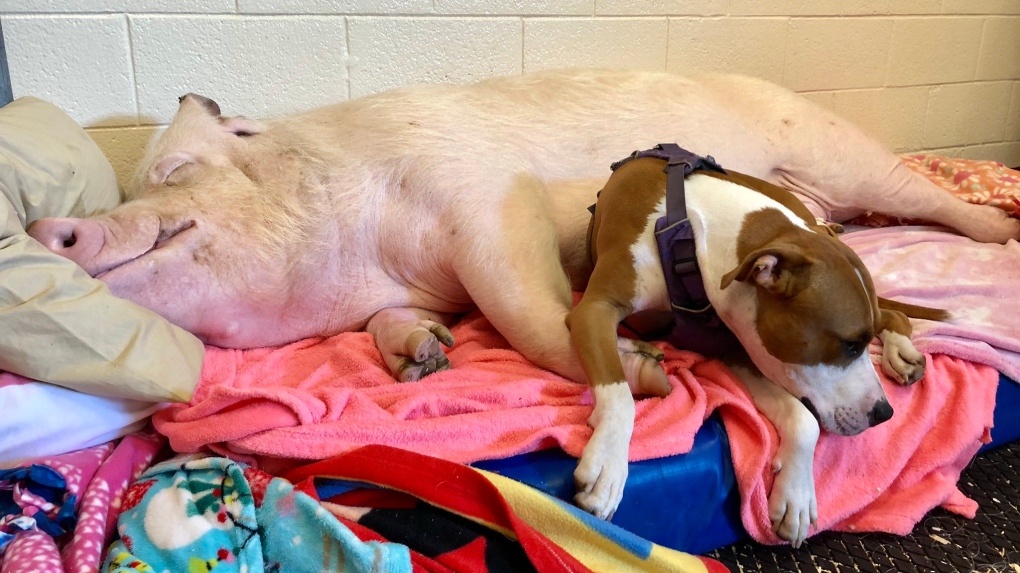 Esther The Wonder Pig has to get her toe amputated. (@EstherThePig / Twitter)

Southern Ontario's beloved Esther the Wonder Pig is facing yet another health complication.

After battling what her owners have deemed The Great Toe Fiasco of 2019, Esther has an infection that forced her to have a toe amputation.

This follows a joint fusion surgery and stem cell treatments, along with taking many antibiotics to treat the infection.

Her owners, Steve Jenkins and Derek Walter, took to Twitter to explain the infection had spread further up Esther's toe and she was in danger of losing her whole leg.

They said this it was a risk they weren't willing to take.

Esther's surgery wrapped up around 4 p.m.

Jenkins and Walter said the surgery was free of complications, and that their pig is recovering nicely.

Still feeling a little loopy, but we’re back from a complication free surgery, and recovering nicely. pic.twitter.com/tJPawazWmi