Driver left with minor injuries after crash north of Elora

Driver left with minor injuries after crash north of Elora 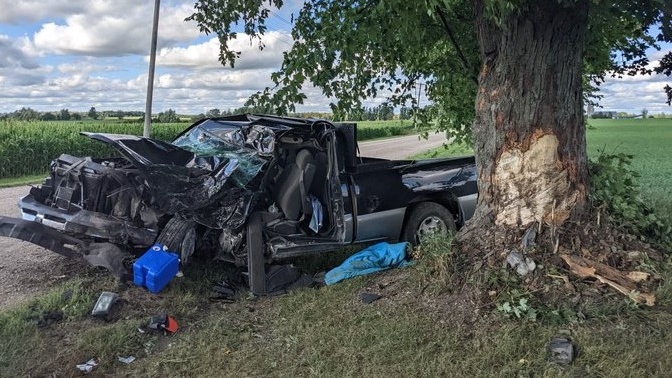 A driver was left with minor injuries after a single vehicle collision, said police.

According to police, the collision occurred on Sideroad 5 just north of Elora.

A photo posted by police showed a black pickup truck which was heavy damage beside a large tree that also appeared to have been damaged.

Police said, “it could have been much worse.”

The cause of the collision was not released.

Wellington County OPP are urging drivers to pay attention, put down their cellphones, follow speed limits and get home safe.

This driver is lucky after walking away from this single vehicle collision on Sideroad 5, Nichol Twp, with minor injuries. It could have been much worse. #WellingtonOPP would like to urge drivers to pay attention, put down the cellphones, follow speed limits and get home safe!^JU pic.twitter.com/KXLTiPTgOk

Former U.S. President Donald Trump will be questioned under oath Wednesday in the New York attorney general's long-running civil investigation into his dealings as a real estate mogul, he confirmed in a post on his Truth Social account.