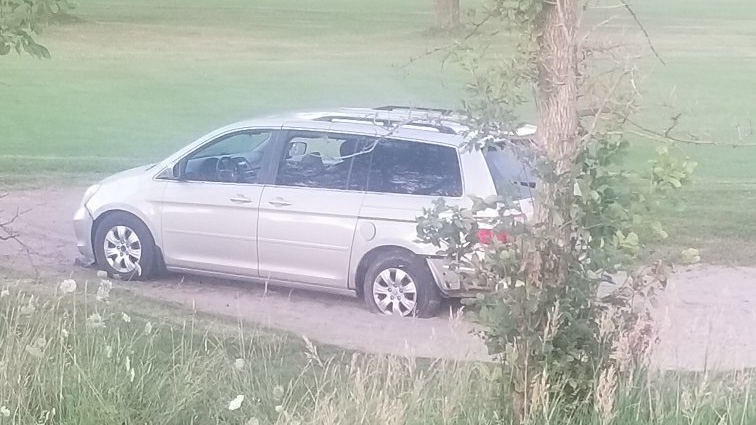 Police say the driver of this van fled the scene and was later found in a corn field. (@OPP_WR / Twitter)

KITCHENER -- A driver has been charged after allegedly fleeing the scene of a crash at a Fergus golf course.

Police say they started investigating after a van was seen in the sand bunker at the course on Wellington Road 19. That was at around 7 p.m. Thursday.

According to police, the driver initially fled the scene, but the OPP's K9 unit was able to track the person down in a corn field.

As a result, a 27-year-old Guelph resident was charged with dangerous driving and fail to remain.

It's not clear what caused the crash. Police did not say whether there was any damage to the course.

The accused was not publicly identified.