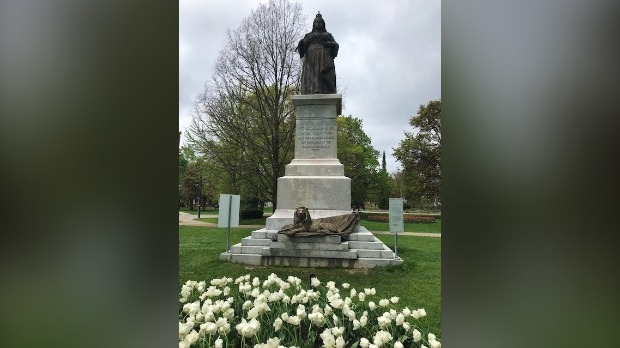 The Queen Victoria Statue in Victoria Park is seen on May 16, 2022. (Dave Pettitt/CTV Kitchener)

Eleven days after red paint was found splattered over the base of the Queen Victoria statue at Victoria Park, the City of Kitchener has cleaned the monument.

The controversial statue has been vandalized three times in the past year.

After the latest incident, which coincided with the National Day of Awareness for Missing and Murdered Indigenous Women and Girls on May 5, the city said it said it would not remove the paint “for the time being.”

On Monday at 1:15 p.m, the city told CTV News in an email that arrangements had been made to clean the paint that day.

“The City recognizes there is a need to include Indigenous stories, culture, and contributions in our public spaces and to emphasize the voices of those who have been harmed by colonialism in the decision-making processes moving forward,” a city spokesperson said in part in the email. 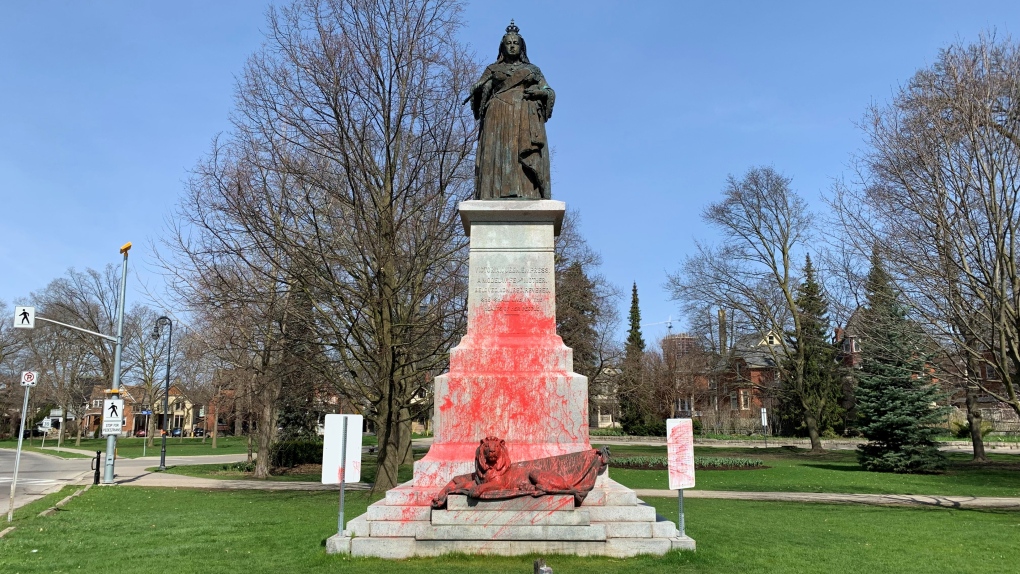 The base of the Queen Victoria statue at Victoria Park in Kitchener is seen covered in red paint on May 5, 2022. (Stephanie Villella/CTV News)

The spokesperson said city staff will bring forward a report to council in June “to begin a community dialogue about the Queen Victoria statue which emphasizes voices of the local Indigenous communities.”

“This community conversation will include education as a foundational component,” the spokesperson said.

Multiple calls have been made to remove the statue due to its connection with Canada’s colonialist past.