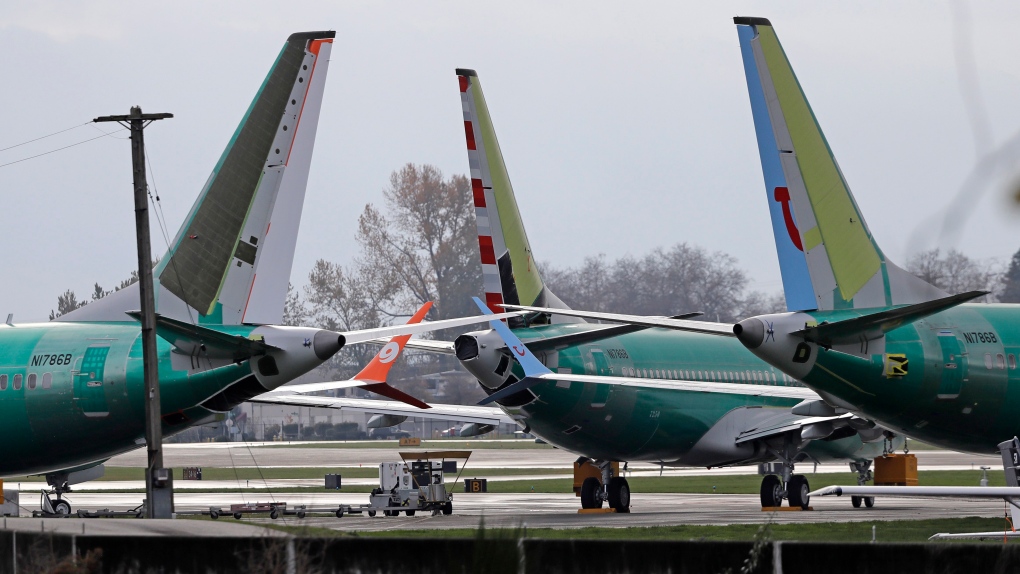 Canada has closed its skies to Boeing's 737 Max 8 aircraft until further notice over safety concerns arising from the crash of an Ethiopian Airlines flight that killed everyone on board, including 18 Canadians.

The "safety notice" issued Wednesday targeting the aircraft -- and a new version, the Max 9, which isn't as widely used -- followed a cascade of countries banning the aircraft. The announcement landed hours before American authorities decided to follow suit, and the company itself recommended the global fleet of 371 planes be grounded "out of an abundance of caution."

It was a rare moment when Canadian authorities decided to move without the Americans going first, one expert said, despite protestations from U.S. President Donald Trump that the two sides co-ordinated announcements that came several hours apart. The two countries had been increasingly isolated as jurisdiction after jurisdiction ordered airlines not to fly the Boeing models into their airspaces.

Transport Minister Marc Garneau, announcing the Canadian ban in Ottawa Wednesday morning, said politics didn't play into his decision, nor was it based on American thinking.

"We make our own decisions in Canada and occasionally those decisions may be different from our colleagues south of the border," Garneau said. "They're aware of it and the reasons for it and similarly they let us know when they have a difference of opinion."

Garneau told U.S. Transportation Secretary Elaine Chao just before the announcement about the Canadians' change of heart on the aircraft. Hours later, Trump announced that the United States was issuing an emergency order to ground the planes until further notice while Boeing works on a fix to the aircraft's software.

The order signed by the acting director of the Federal Aviation Administration chalked the decision up to "newly refined data from satellite-based tracking" of the ill-fated Ethiopian Airlines flight -- the same data Garneau cited as the basis for the Canadian decision -- that suggested similarities between Sunday's crash and the crash of a Lion Air flight involving the same type of aircraft off the Indonesian coast in October.

In certain circumstances, the planes' systems try to tilt their noses down, contrary to the efforts of pilots, Garneau said during his news conference, which was twice delayed by what the minister called new incoming information.

Garneau said the tracking data showed each of the planes that crashed seemed to be on a roller-coaster ride after it took off, rather than making a steady ascent into the sky, before diving at the ground. The similarity is a warning sign for him and his agency, he said.

While aviation experts warn against drawing conclusions until more information emerges from the crash investigation, numerous jurisdictions, including China, Germany, the United Kingdom and the European Union, banned the plane model from their airspace before Canada and the U.S. did.

Air Canada has 24 Max 8 aircraft (out of 184 in its main fleet), which it uses mainly for domestic and U.S. routes, while Calgary-based WestJet Airlines Ltd. has 13 Max 8s (out of about 150 planes).

"Generally, one should always be erring on the side of caution when it comes to safety questions," passenger-rights advocate Gabor Lukacs said from Halifax. "If there is enough evidence of a potential harm, and in this case I think there is evidence of potential harm, then the prudent thing is to ground those aircraft."

The Air Line Pilots Association International's Canadian branch likewise said it supports Garneau's decision "to act out of an abundance of caution in the name of aviation safety."

John Gradek, who teaches airline-management courses at McGill University, said it was unprecedented for Canada to take a decision without the FAA moving first.

"Canada and the U.S. were sitting there, pariahs in the environment, and I think that Canada basically had to stand up to the data that it has," Gradek said.

He also questioned why the two bodies took so long to make a decision given that tracking data about the flight was available shortly after its crash.

Garneau said he will reverse the ban when he sees the "smoking gun that will explain what happened with this particular flight." That will likely be contained in the plane's voice and data recorders, which have been recovered. Such an investigation could take months to complete, experts say.

"There are lots of reasons why aircraft can run into difficulty," Garneau said. "Yes an experienced pilot, yes it happened within 10 minutes (of takeoff), but we don't know why the Ethiopian aircraft behaved the way it did. We don't even know precisely what happened with it. That's what we want to get to the bottom of."

Trudeau offered Canada's assistance with the aftermath, his office said.

With files from Alison Auld in Halifax and the Associated Press.