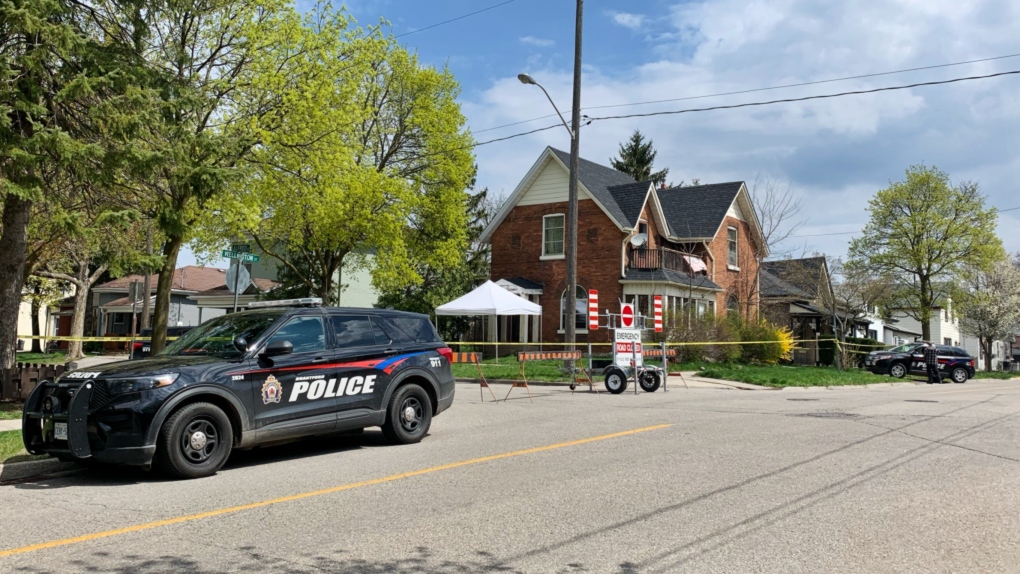 BRANTFORD -- Residents of a Brantford neighbourhood that has had two fatal shootings in less than a week say they’re feeling unsafe.

Two residents who spoke to CTV News were out for their Saturday morning walk with their seven-month old son when they nearly crossed paths with the location of a shooting.

“We could have literally walked past when this was happening,” one neighbour said. “So that’s just not something we want our child to be involved with.”

They live in the area Alfred and Wellington Streets, an area that Brantford police had blocked off Saturday as they were investigating a fatal shooting.

“This was the last straw,” one resident said. “We got into contact with a real estate agent and we have two listings to look at.”

Police say a male was found dead in a residence with gunshot wounds.

“I hear incidents like this happen all the time,” said neighbor Nicolas Careri. “But seeing this right in front of my house is definitely shocking.”

Officers are canvassing the neighbourhood as the investigation continues into the second fatal shooting from this past week.

“It’s kind of a scary situation,” said neighbor Sandra Bailey. “I’ve never seen anyone come out of that house. We know all the neighbours, and we’re a pretty tight knit family here.”

Early Wednesday morning, 20-year-old Isaiah Castillo of Brantford was shot inside a home on Diana Avenue. He was taken to hospital where he later died.

No arrests have been made in either case.

Police have not specified if the two shootings are related, but do believe the incidents are targeted.

“I’m definitely going to check my shoulder and not go anywhere at night just to stay safe,” said Careri.