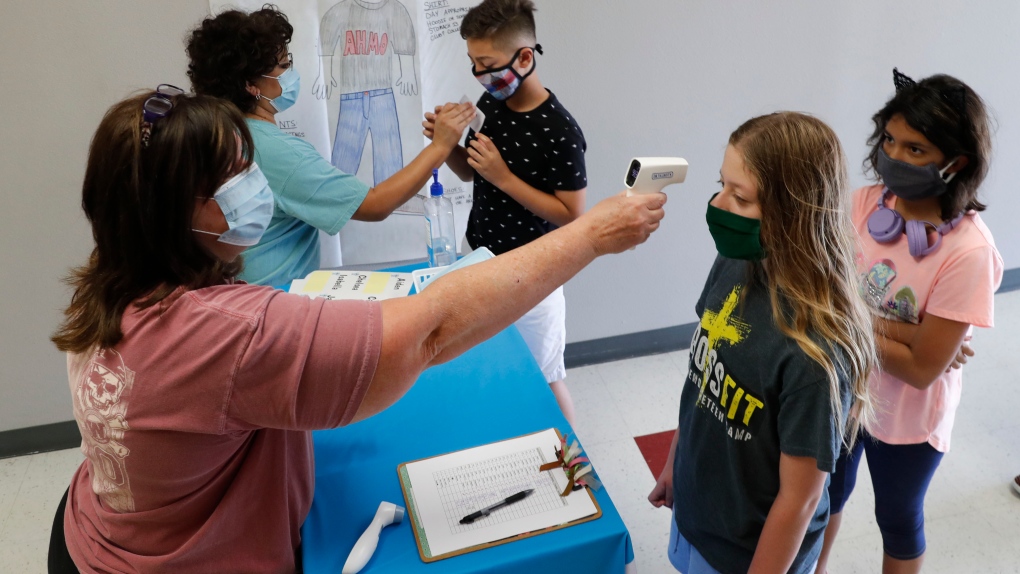 KITCHENER -- A new provincial reporting system shows that 20 kids under the age of 10 have tested positive for COVID-19 in Waterloo Region. Thirty-eight people in the next age range--from 10 to 19--have also tested positive.

The Region of Waterloo's COVID-19 dashboard has been updated again after a four-day hiatus while public health officials rebuilt its infrastructure to adhere to the new system.

In a media briefing on Tuesday morning, Acting Medical Officer of Health Dr. Hsiu-Li Wang outlined some of the changes that went into effect with the new system.

"We are now using a slightly different definition for reporting cases," she explained.

Region of Waterloo Public Health will now report cases based on whether they are the diagnosing unit according to a person's address on health card. Previously, the region's public health unit would only report cases if they were managing the case.

Overall, the change increased the region's total number of cases by four. This was done to more consistently match how the province reports cases by public health unit.

The new reporting system also allows people to report their gender instead of their sex.

The age demographic of cases has been further broken down under the new system, too.

The region now breaks down cases by decade for people under age 20 and over 80. Previously, cases in people under the age of 20 were included in one bracket, while anyone over 80 made up another. That's compared to the rest of the age demographics, which were broken down by decade.

The new data shows that almost two dozen children have tested positive for COVID-19 since the pandemic began. Cases under the age of nine account for 20 cases, while the next age bracket—ages 10 to 19—make up 38 cases so far.

That number is especially noteworthy, considering that a new study found that children over 10 spread COVID-19 as much as adults.

Based on the new age demographic breakdown, there is a more accurate representation of cases in the over-80 population, as well.

Cases in the decades between 70 and 90 are firmly in the middle of the pack in terms of numbers, a change from earlier in the pandemic when testing was largely focused on long-term care and retirement homes.

The case data shows that people aged 20 to 29 still make up the highest number of cases, with 223 to date.

Those aged 50 to 59 make up the next highest number of cases, just barely behind with 220 cases.

There have been a total of 1,433 cases in Waterloo Region since the pandemic began. That number includes 1,274 resolved cases and 119 deaths.

There are still 40 active cases in the region, where 59,974 tests have been done so far.

Having trouble viewing the table below? You can view the link online.