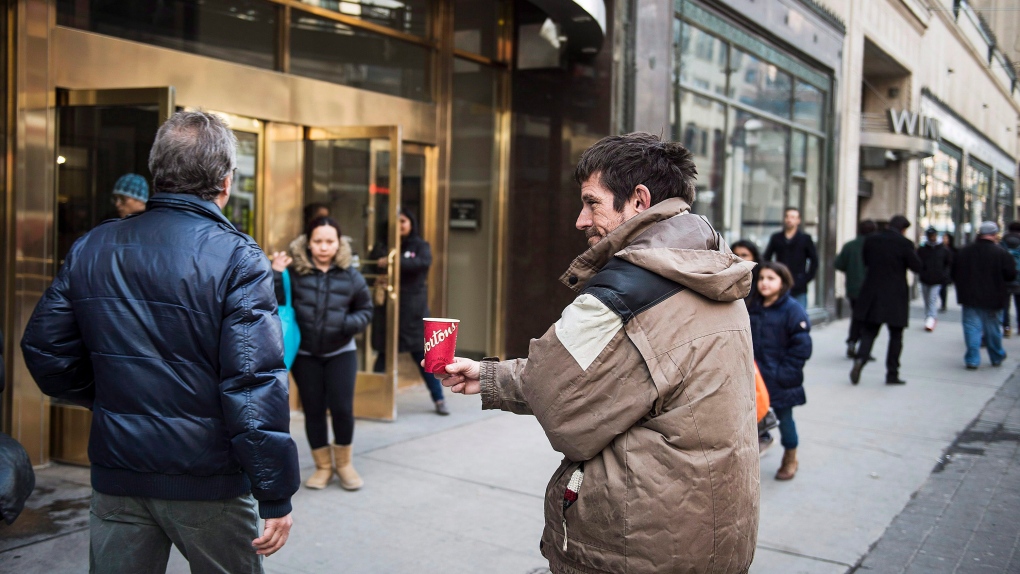 Gerry Williams was struggling to break a cycle of homelessness, alcoholism and post-traumatic stress disorder on the streets of Toronto as he was handed nearly $10,000 in fines under an Ontario law that targets panhandling.

The fines, which he said he'd never have been able to pay, were an added burden for the man from a fly-in First Nations community who described his upbringing as traumatic.

"I was not equipped for city life when I left the reserve," he said Thursday. "Owing an unpayable debt caused me to feel very anxious and it made it even more difficult for me to maintain my sobriety and keep my PTSD in check."

The Fair Change legal clinic, which helped him appeal the fines, launched a constitutional challenge this week against the panhandling law, arguing the Safe Streets Act violates the rights of people who beg for money, including freedom of expression, the right to life, liberty and security of the person and the right to be free from cruel and unusual punishment.

The law was enacted in 2000 to address panhandling and squeegeeing. It bans "aggressive" panhandling, which is defined as asking for money in a manner likely to make a reasonable person concerned for their safety.

The legal clinic argues the law ends up criminalizing poverty.

A previous constitutional challenge failed after the courts agreed the law infringed on individual charter rights, but said the infringement was justified in the interests of public safety.

"One thing that's different from the beginning of this act is we now have the experience that Fair Change and others can report on of the devastating effects of this act on homeless people and other poor people who are forced to panhandle," he said.

Ontario's Progressive Conservative government at the time passed the law, but the Liberal government introduced an amendment to exempt registered charities, Rosenthal noted.

"In our view that strengthens our argument about how discriminatory this act is," he said.

New Democrat Cheri DiNovo also has a private member's bill before the provincial legislature to repeal the Safe Streets Act, but it has seen no movement since it passed first reading in October 2016.

A spokesman for Ontario's attorney general said the province is reviewing the legal clinic's notice of application.