Dozens of crashes have been reported in Waterloo region as a major winter storm sweeps through southern Ontario.

Waterloo regional police said 67 collisions were reported between 8:30 a.m. Wednesday and 8:30 a.m. Thursday. Six of those involved injuries, while seven were reported as hit and runs.

Guelph police, meanwhile, were called to 10 collisions on Wednesday. They said most resulted in only minor damage and no injuries were reported.

“[The] bad news is people are driving way too fast, like it’s summer,” Sanchuk said in a video posted to social media, adding police have received reports of drivers passing multiple vehicles at a time and speeding past snow plows.

“This is a dangerous game that you do not want to play. The last thing you need is to get tangled up with a snow plow,” Sanchuk said. 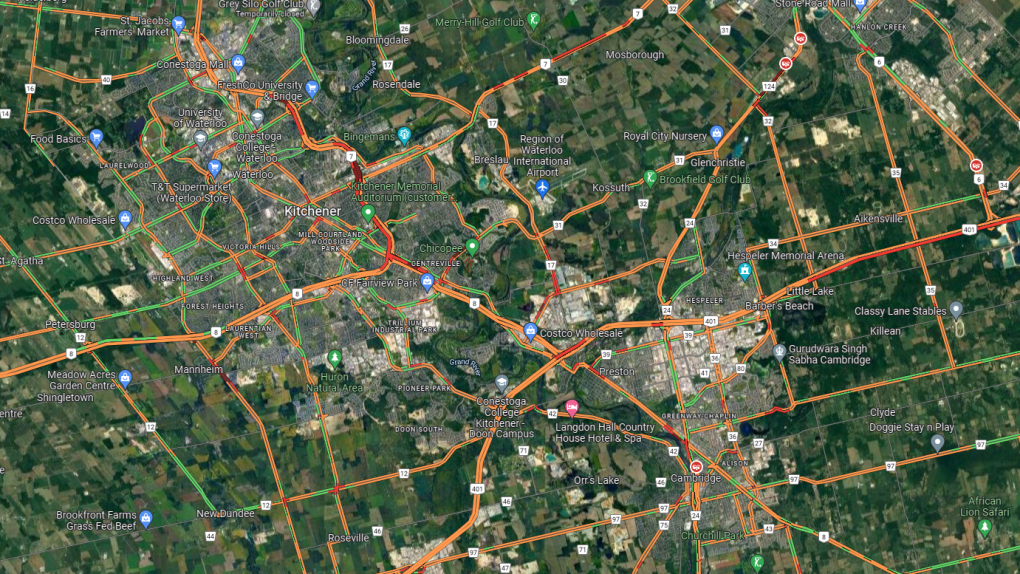 A traffic map of Waterloo region at 5:30 p.m. on Wednesday lights up red and orange amid slowdowns on local roads due to deteriorating conditions. (Google Maps)

“Be prepared to adjust your driving with changing road conditions. Prepare for quickly changing and deteriorating travel conditions. Visibility may be suddenly reduced at times in heavy snow,” Environment Canada said.