Why Guelph, Ont. scientists sent these barley seeds to space

Why Guelph, Ont. scientists sent these barley seeds to space

The dream of long-term space missions is contingent on many things, including the ability for astronauts to produce their own fresh food.

The University of Guelph is part of a project exploring the possibilities with one specific crop.

After a year aboard the International Space Station, barley seeds launched into orbit in May 2021 have now returned to Earth.

The seeds were placed on the exterior Misse Platform of the station where they were exposed to extreme temperatures, radiation and zero gravity.

“Just to see how the seeds would fare,” explains Mike Dixon, director of the controlled environment systems research facility at the University of Guelph.

The results were unexpected. 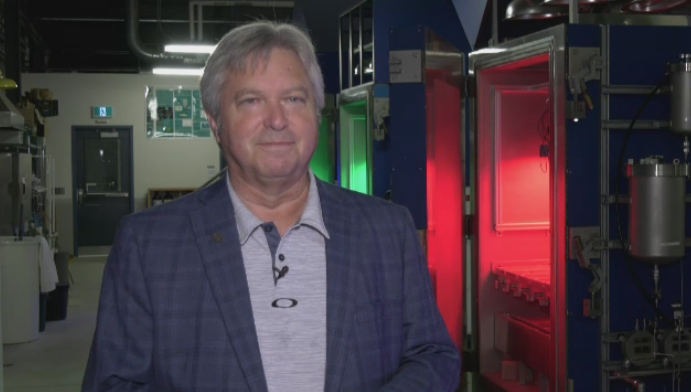 Mike Dixon, director of the controlled environment systems research facility at the University of Guelph appears during an interview with CTV News.

“We were greatly surprised to find that the seeds that came back after being exposed to the external environment of the space station, they actually germinated,” Dixon says. “There was viability in those seeds.”

A few of the seeds are at the University of Guelph where their germination potential and genetics can be studied.

The majority have been returned to the Glenlivit Distillery in Scotland where they originally came from.

Scientists were surprised the seeds germinated after their space voyage. (University of Guelph)

They’ll be planted, harvested and turned into single malt scotch – with an extraterrestrial twist.

But, the scotch will have to age at least three years before it can be formally sampled.

“So we’re going to have to be patient, but we can do that,” Dixon says.

The research is a small step toward the technologies that would be required to eventually grow food in greenhouses on the Moon and Mars. Barley has already been identified as one of a few crops with potential.

“Food determines how far from Earth we can go, and how long we can stay,” Dixon says. “Simple as that.” 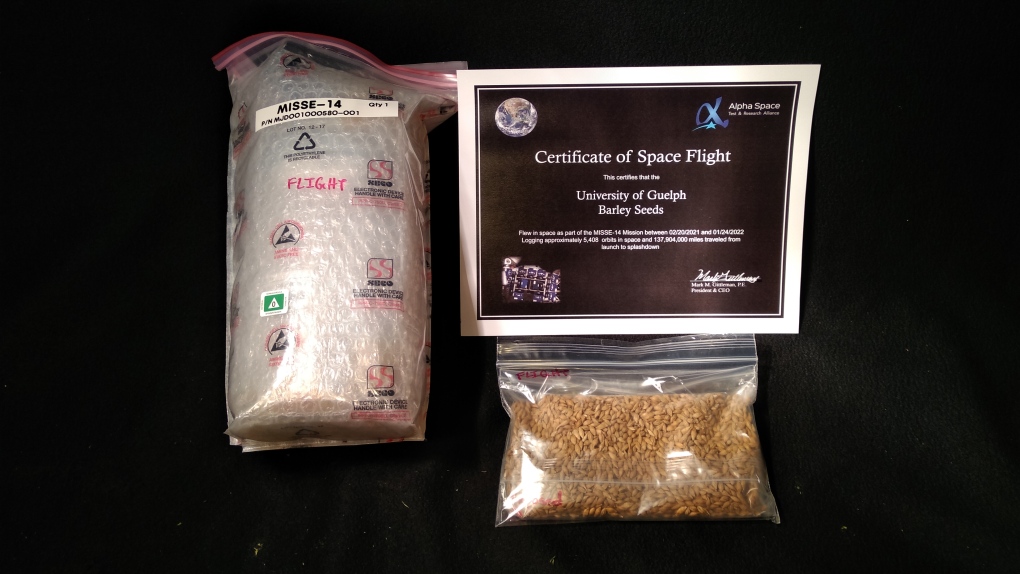 The seeds sit beside their certificate of space flight. (University of Guelph)