When Caitlin Kraemer stepped out of the Kitchener-Waterloo Rangers dressing room at RIM Park on Wednesday night, she was met by a swarm of young girl hockey players who all wanted to check out the new gold medal she won in Sweden.

“It’s a bit weird. Something I’m not really used to,” Kraemer said. “But it’s cool, because I looked up to people growing up.”

It was the first time Kraemer hit the ice since she helped Team Canada win the gold medal at the 2023 IIHF Under 18 Women’s World Championship in Sweden. Before the sixteen-year-old could get on the ice, she took photos with anyone who asked.

“You dream of that as a little girl. To do that with all your best friends around you is something special,” Kraemer said.

Kraemer was a force at the tournament, recording 10 goals and one assist in five games. She scored the fastest hat trick ever at the event, potting three goals in the opening twelve minutes of the gold final. She capped that off with a fourth goal in Canada’s 10-0 routing of Sweden. Kraemer also set a Canadian record for most goals in a single U18 tournament.

“It could have been anyone with those goals. It was cool that it happened to be me, but overall I was just glad we pulled off with the win,” Kraemer said.

Back in Canada, Kraemer is the captain of the Kitchener-Waterloo JR Rangers U22 AA team. Her coaches said seeing her perform so well on the international stage was nothing new. 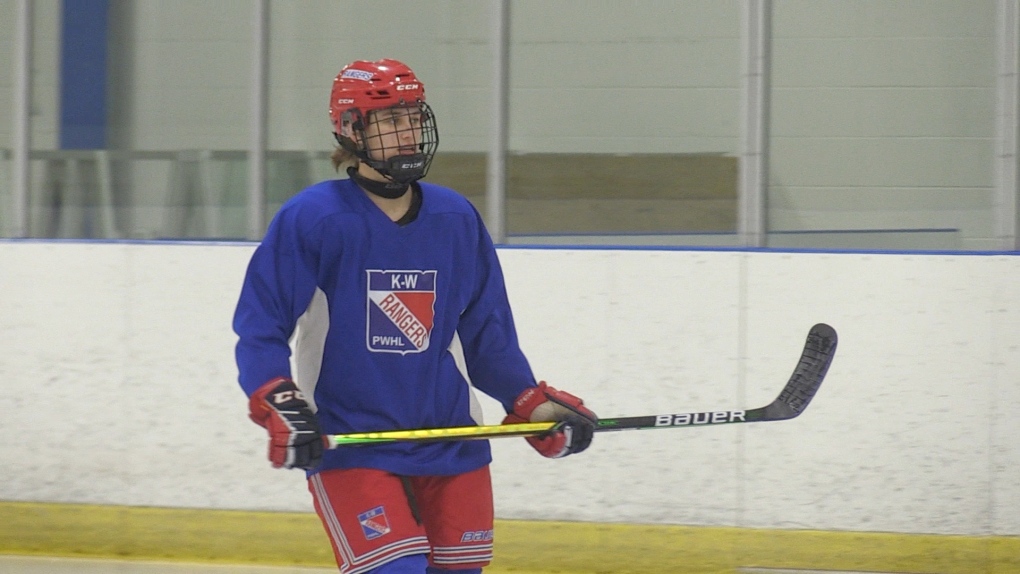 Caitlin Kraemer on the ice at RIM Park in Waterloo on Jan.18, 2023. (Colton Wiens/CTV Kitchener)

“She’s an elite goal scorer. Her ability to make plays, to generate offence, it’s really second to none. So to see that, you kind of say ‘wow, that’s crazy,’ but you’re not really surprised or shocked,” Kevin Nogueira, assistant coach of the K-W JR Rangers U22 AA team said.

Kraemer wasn’t the only local connection to the team. Ava Murphy, 17, from Kitchener finished the tournament with five assists.

“It was something that you kind of dream of happening and to see it happen and unfold like it did, it was very exciting,” Murphy said.

Murphy now has two gold medals from the U18 tournament, after winning in 2022 and again this past weekend.

Murphy’s biggest point at the 2023 tournament happened in overtime in the semi-final game against Finland. The defenceman went end-to-end before passing it off to a teammate. Her local coach from the Oakville Hornets said the moment she saw Murphy grab the puck she knew how it would end.

“I sort of get to already know what the characteristics of her wind up looks like. So I was not surprised by the goal, because I was like ‘that’s Ava Murphy, that’s what she does,’” Stacey McConnell, Head Coach of the Oakville Hornets U22 AA team said. 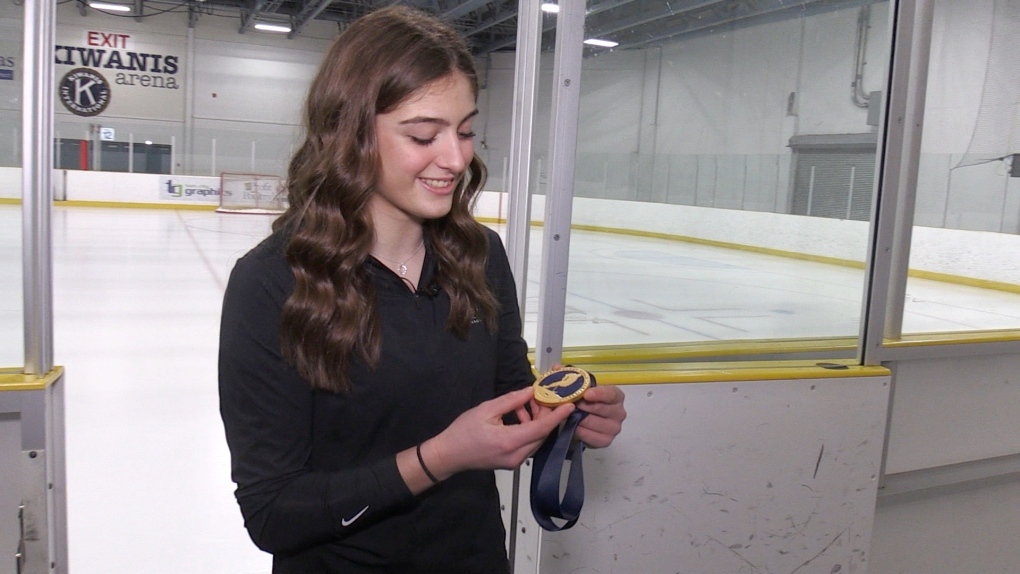 Both Murphy and Kraemer have their sights set on NCAA hockey careers. They also hope to continue representing Canada on the international stage and add even more gold to their collections.

The U18 Women’s tournament was played a few days after the men’s IIHF World Junior Championship in Halifax, Nova Scotia. McConnell said following that hype and having each women’s game broadcast for fans in Canada to watch was a major boost in helping the sport grow.

“[There are] steps to improve, but I thought they did a great job with the all-female panel and really promoting the girls’ game locally and across Canada,’” McConnell said.

Ava Murphy’s little sister was watching each game closely. She said she now wants to follow in her sisters footsteps.

“I thought it was really amazing seeing them. I was really proud of her,” Eden Murphy, left winger with the Waterloo Ravens U13 AA team said.

Eden Murphy’s teammates said it’s an inspiration for them knowing someone local can reach such a major level.

“At one point in life I want to be as far as she made it. Especially since she lives in Kitchener, that just boosts my confidence,” Jailynn Shelly, centre with the Waterloo Ravens U13 AA team, said.

“I feel like I can accomplish that now, because someone from our area can be noticed,” Ellie Psutka, goalie with the Waterloo Ravens U13 AA team, said.

“It makes you think that one day you could get there,” Addie MacDonald, right winger with the Waterloo Ravens U13 AA team said.