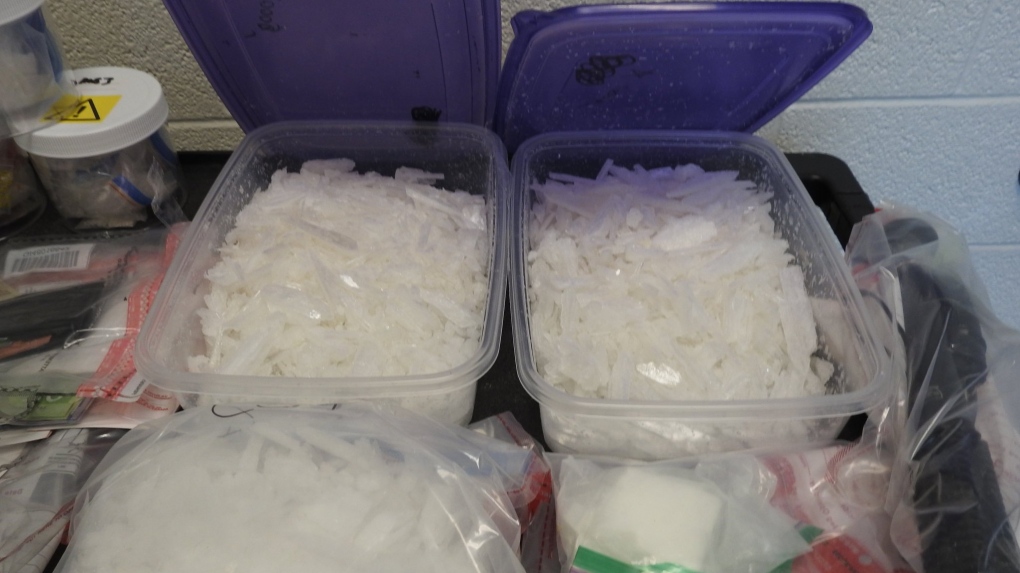 Police say they seized three kilograms of suspected meth during a drug investigation that began in June. (@WRPSToday / Twitter)

The months-long investigation began in June, but on Nov. 1, investigators arrested a man in Milton and seized two kilograms of the suspected meth.

Two other men were arrested in Kitchener. Police then executed search warrants at residences around Kitchener and Waterloo.

They also seized a Taser, about $10,000 in cash and three vehicles.

Two Kitchener men, 47 and 53, and one Waterloo man, 53, have been charged with possession for the purpose of trafficking as well as a number of other charges.

They haven't been identified.