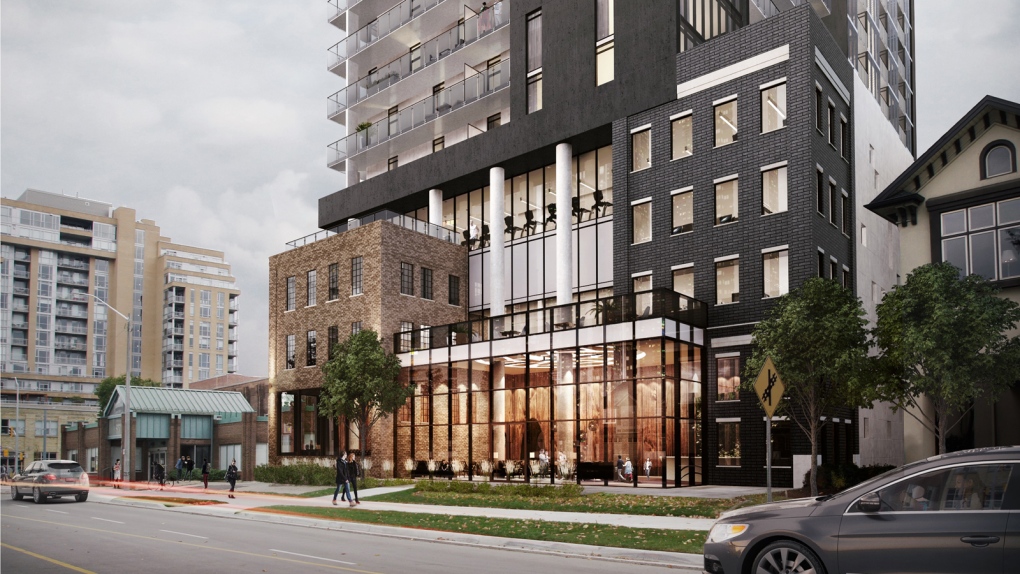 This rendering shows the plans for the Circa 1877 development on King Street South in Waterloo. (Circa 1877)

A new condo building in uptown Waterloo sold all 188 of its units in less than two days, according to its developer.

HIP Developments says its Circa 1877 project sold out faster than any other condo development in Waterloo Region history.

Circa 1877 is being built at the former Brick Brewing plant on King Street South. It will include a public restaurant on its ground floor.

According to the developer, 90 per cent of the units were purchased by local owners.

The building is expected to be ready for occupancy by late 2019.