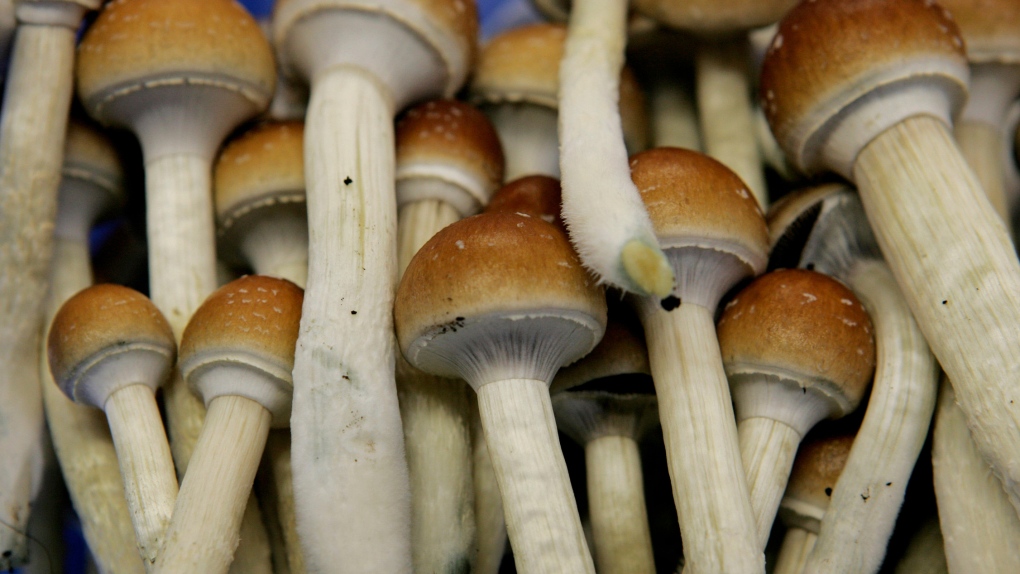 In this Aug. 3, 2007, file photo magic mushrooms are seen in a grow room at the Procare farm in Hazerswoude, central Netherlands. (AP Photo/Peter Dejong, File)

Scientists at University of Guelph have received a rare licence from Health Canada to grow and cultivate psilocybin producing mushrooms, and are hoping their research could help unlock other potentially beneficial compounds produced by the fungi.

The U of G says it is one first universities in Canada to be approved to produce what are commonly known as “magic mushrooms.”

“What we’re really interested in looking at is the diversity in the mushroom,” said Max Jones, an associate professor of plant agriculture at the University of Guelph.

While many people may think of psychedelic mushrooms as a single species, in reality there are over 200 different species that produce psilocybin, Jones explained.

“As a biologist, what that implies to me is there’s an evolutionary pressure for these mushrooms to be producing compounds that interact with the human brain,” Jones said.

“And so our real question is, what else are they producing?”

Once Jones and his team cultivates the mushrooms, other scientists at the University of Guelph will analyze their compounds and use cellular models to see how any newly discovered properties might interact with the human brain.

“We suspect there’s a whole diversity of compounds that are undiscovered,” he said.

There are no plans to use the mushrooms in clinical, i.e. human trials at the University of Guelph, but Jones said one of the goals of the project is to provide a reliable supply for other researchers doing work in the field.

Interest in the therapeutic effects of psilocybin is growing, with the compound emerging as a promising avenue to treat depression, post-traumatic stress disorder and addiction.

“Everyone knows someone that suffers from mental illness of some sort that may benefit from this research – and psilocybin is one thing, but there might be other compounds that have just as much medical value, or interact with psilocybin to make it more effective,” Jones said.

The university says the mushrooms will be grown in a “high-security facility” on campus that meets Health Canada’s standards.