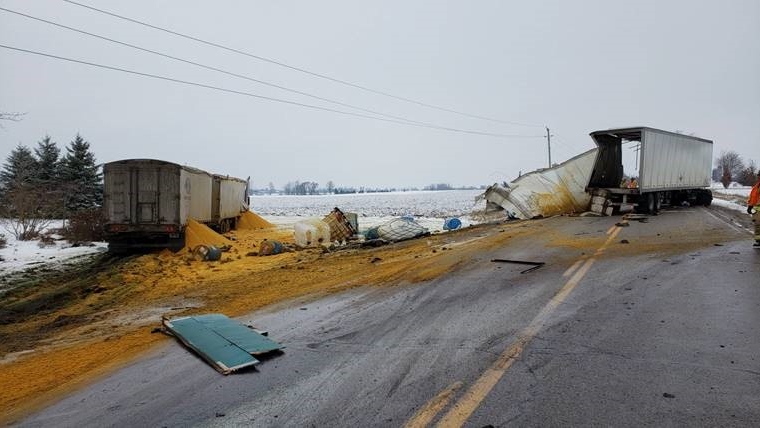 Provincial police are investigating a collision between two transport trucks near Sebringville.

OPP say one transport was carrying grain or seed, while the other had an "unknown hazardous material."

The collision knocked over one hydro pole, and left a mess on the road.

Const. James Stanley said a 50-metre safe zone was set up around the crash site but he was not aware of any public safety concerns.

Crews were brought in to clean up the scene and repair the hydro pole.

One of the drivers was taken to hospital with non-life threatening injuries.

OPP say winter weather wasn't a factor in the crash but rather driver error.