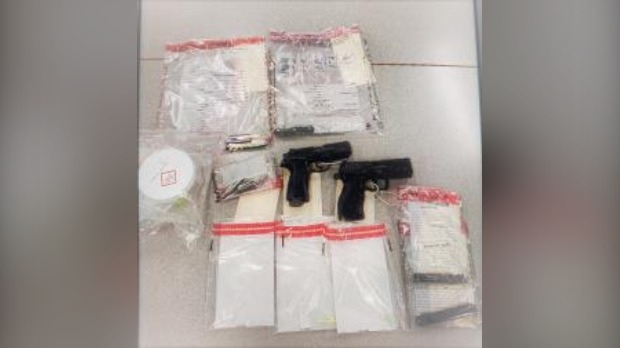 Police have seized weapons and drugs following a call in Cambridge (Supplied: WRPS)

KITCHENER -- Two males are facing drugs and weapons charges after police say they were walking along the Grand River carrying pellet guns.

Offices were called to the area near Water Street South in Cambridge around 8 p.m. Tuesday for reports of two males walking with guns.

Officials said they were carrying pellet guns, and officers found other weapons and drugs.

A 22-year-old Cambridge man and a 17-year-old from Kitchener are facing multiple drugs and weapons charges.