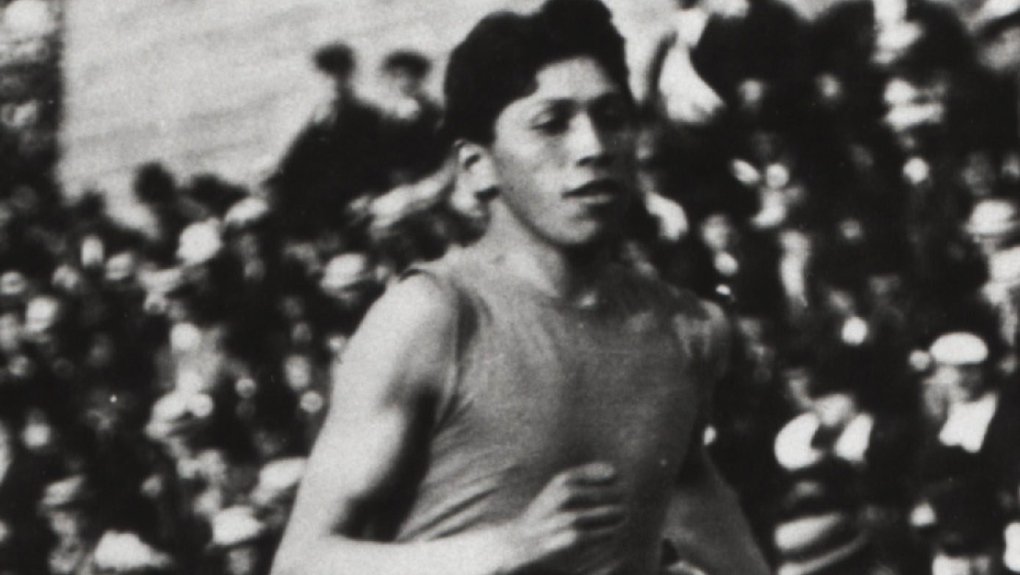 Tom Longboat, who hailed from Six Nations, was the winner of the 1907 Boston Marathon. (The Canadian Press)

A world champion runner from the Six Nations of the Grand River is the star of today's Google Doodle.

Anyone searching on the popular site will be met with a graphic of Tom Longboat running in one of the Google logo's "Os" alongside a maple leaf in the second "O." 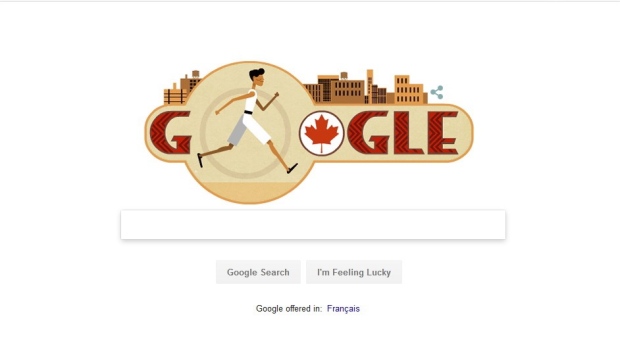 Longboat was born June 4, 1887, and went on to forge a spectacular long-distance career that made him one of the world's most famous athletes in the early 20th century.

Historica Canada notes he won the Boston Marathon in record time in 1907, smashing the record by more than five minutes. In 1909, he won the world professional marathon championships at Madison Square Garden, pulling ahead of British champion Alfie Shrubb in the final mile of the race.

A biography on the Veterans Affairs Canada website notes Longboat set aside his athletic career in February 1916 to enlist, serving as a dispatch runner in France in the First World War. He was wounded twice during his time of service, but survived the war and returned to Canada in 1919.

According to the Canadian Sports Hall of Fame, Longboat lived out the rest of his life in relative obscurity, working for the City of Toronto before returning to the Six Nations Reserve near Brantford, Ont.