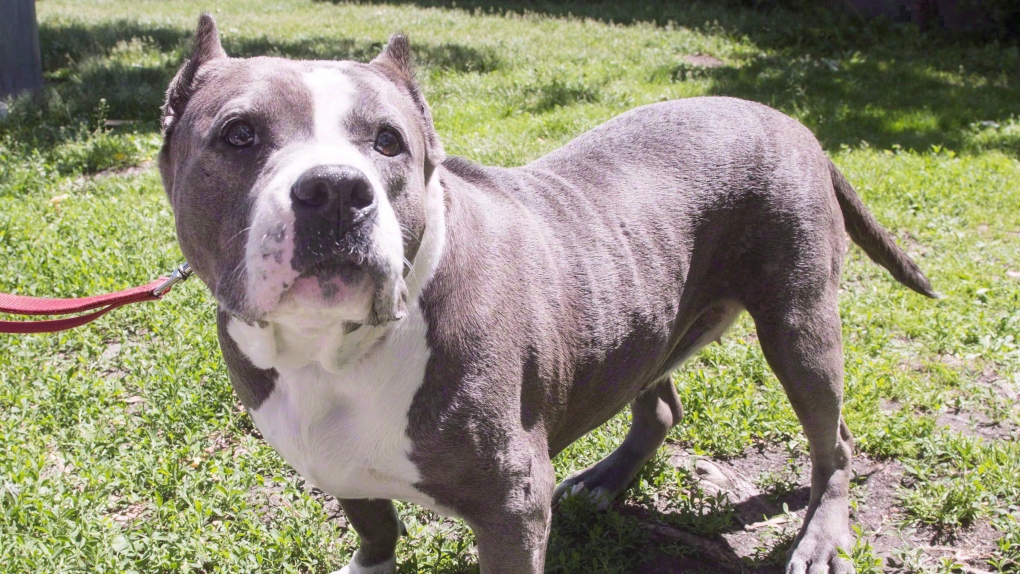 A pit bull goes for a walk at the SPCA in Montreal on June 14, 2016. (THE CANADIAN PRESS/Ryan Remiorz)

KITCHENER -- Just days after a bill was tabled to overturn the province's pit bull ban, a dog owner in Wingham is facing charges after his American Staffordshire terrier attacked three kids.

The incident happened at a church on John Street West on Nov. 13.

According to police, they were called to the location following a report that three young children had been attacked by an "out of control vicious dog."

The three kids, aged 4, 8, and 16, were taken to hospital with dog bites of varying degrees of severity.

All three victims were treated and released from hospital later that day.

Following an investigation, police say the dog slipped from its collar and bolted from its owner's home near the church, where it began attacking the kids.

Although family members of the children tried to step in, the attack continued until the dog's owner arrived and was able to gain control of the animal.

The owner is facing multiple charges in relation to failing to prevent the attack and is also charged with owning a pit bull.

Rick Nicholls introduced a private-member's bill that would alter controversial provisions in the Dog Owners' Liability Act that prohibit the dogs.