Songs of determination and steps of solidarity filled the streets of downtown Kitchener Friday morning, marking the second annual National Day for Truth and Reconciliation.

An estimated three thousand people, wearing a sea of orange shirts, walked from The Healing of the Seven Generations on Frederick Street to the clock tower at Victoria Park. 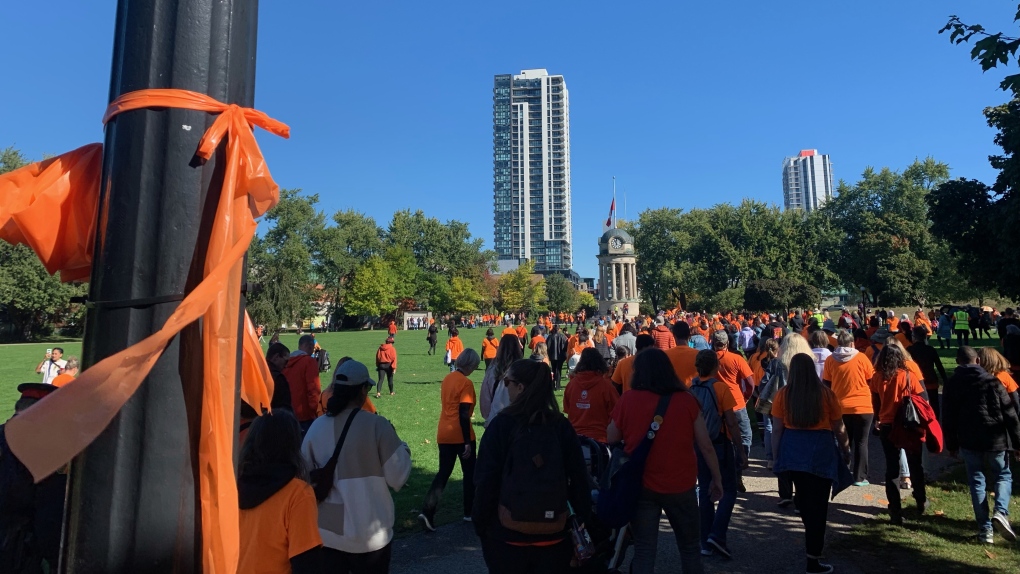 Thousands take part in a walk to demand action on National Day for Truth & Reconciliation.

“I've been givin’ away my power way too long, and I am taking it back,” one group sang while beating drums and walking.

The group remembered lives lost in residential schools, along with survivors, and demanded action “to honour our children, traditions, honour our past and our future,” said Amanda Trites of the Healing of the Seven Generations, who hosted the speaking portion of the event.

When asked how she felt about recent apologies offered to First Nations, Trites said she personally doesn’t think those words are enough.

“Apologies are great for some people but they don't help and they don't finance or support the organizations or the people that are doing the work to help the Indigenous peoples.”

Trites says her organization still needs more funding in order to do all the work they would like to.

“We are just scraping by,” she added.

After the walk was complete, several small smudging ceremonies took place, and elders spoke to the crowd.

“For the survivors, I think events like this just show them that the younger generations that come after them, we are here listening, we are hearing them and we're fighting for them,” Trites added.

For many, there’s a personal connection.

“I come to all of these because every child matters and my great aunt and my aunts and my grandmother were in residential schools,” Angus said with an Every Child Matters flag wrapped as a cape around her back.

Not far from the mass group at the clock tower, children’s shoes were laid on the foot of the Queen Victoria Statue.

“To show that as a community we are here for each other and that every child does matter,” King added. 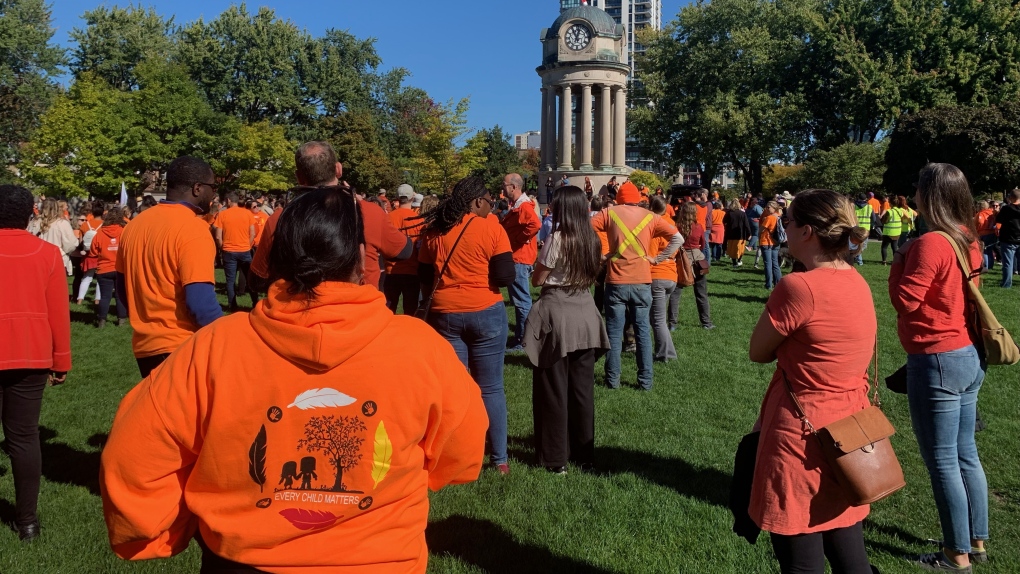 Andrea Doradea attended the Friday morning walk as an ally of First Nations and said “they've been suffering for a really really long time and I think it’s up to the rest of us to kind of help come together and show the rest of our community and show the government, there is something that needs to be done.”

Jolene Knott said she also attended the walk to show support because she recognizes more needs to be done, “to be able to get to that reconciliation stage of things, we need to just shut our mouths and listen to the Indigenous community and believe their stories and listen to what happened and then move on from there, on their recommendation.”

Why is it taking so long for Ukraine to join NATO? Experts weigh in

After Russia annexed four regions of Ukraine in September amid its ongoing invasion of the eastern European country, Ukraine announced it had signed an accelerated application to join the North Atlantic Treaty Organization. Will Ukraine become a NATO member anytime soon? CTVNews.ca turned to experts on Russia's war in Ukraine to better understand.

Feds 'not going to waste a lot of time' on Alberta sovereignty bill debate: LeBlanc

Intergovernmental Affairs Minister Dominic LeBlanc says the federal government is taking a wait-and-see approach to whether it may intervene when it comes to Alberta Premier Danielle Smith’s sovereignty act, but that it is not the focus at the moment.

China's zero-COVID lockdowns have been linked to a rare wave of protests across the country in recent weeks, and immigration industry experts say the strict pandemic rules are also fuelling a surge in requests to live in Canada.