'The little things that help us get through our day': Virtual scavenger hunt goes viral in Wilmot Township 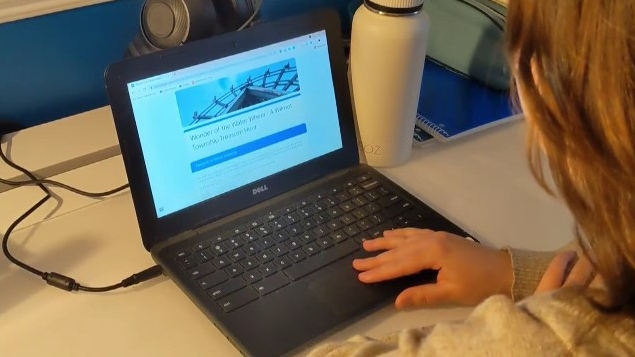 WILMOT TOWNSHIP -- A virtual scavenger hunt that started in Wilmot Township is helping communities stay connected and offering a virtual escape during the COVID-19 pandemic.

"We were looking for things to do during the very start of the pandemic," said New Hamburg resident Matt Teskey, who designed the scavenger hunt. "It's a nice trip down memory lane."

Teskey's family was inspired to create the game after discovering an online Harry Potter scavenger hunt. Teskey, who works at Google Canada, decided to localize the game design.

"We thought it would be neat to do something based on that scavenger hunt that was really hyper-local for our Wilmot community," he said. "We decided to use that template and build an escape room scavenger hunt using Google Forms."

The virtual game has since been shared on Facebook and created a buzz among community members.

"We got to try it out and thought it was very fun," said Tamika Zister, who played the scavenger hunt.

"It's amazing how it sparked excitement and these are the little things that help us get through our day," added fellow player Amy Zister.

Marsha MacLeod Vanzuilen also completed the scavenger hunt and said she's anticipating what the Teskey family comes up with next.

"It's amazing how creative this team is," she said.

Now, what started as a community game for Wilmot Township is being played nationwide.

Teskey's scavenger hunt template has been shared with teachers, schools and community groups throughout Canada.