TFWs not the solution to staffing shortages at meat plants: minister 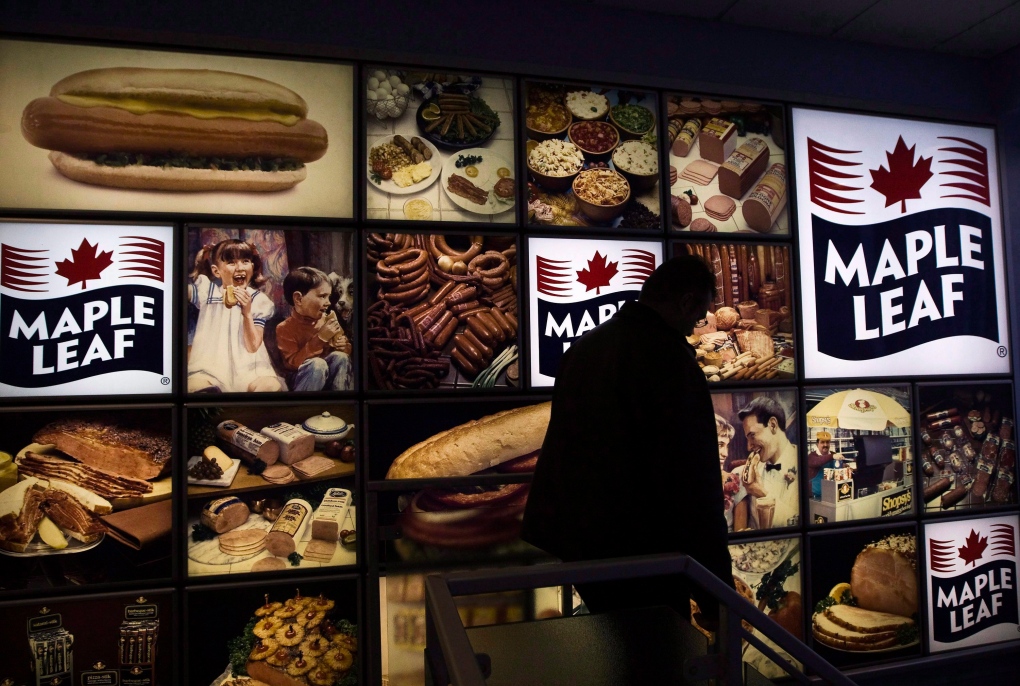 A Maple Leaf Foods employee walks past a Maple Leaf sign at the company's meat facility in Toronto on Monday, Dec. 15, 2008. (The Canadian Press/Nathan Denette)

The Canadian Meat Council says a shortage of about 1,000 meat cutters and other staff is preventing companies from operating at full capacity or increasing exports.

The industry group has been lobbying Ottawa to make it easier for companies to bring in semi-skilled workers from abroad to work in slaughterhouses and processing plants.

With tens of thousands of layoffs, mainly in Alberta, it makes sense to hire closer to home, Mihychuk said in an interview.

"In the present circumstance, where we are seeing such economic hard times across the Prairies, it would be a very unusual circumstance where we had to resort to temporary foreign workers to fill a position," she said.

"Our focus is to provide more funding for Canadians to get the skills, to help companies recruit Canadians, landed immigrants, refugees that are coming into our country so that they can fill those posts."

Anna Gainey, president of the Liberal Party of Canada, told the meat council in a letter before the Oct. 19 federal election that a Liberal government would fix the temporary foreign worker program to ensure it could fill jobs when qualified Canadians cannot be found.

Some meat companies say that despite the economic downturn, they can't find enough Canadians willing to work on the kill floor or to carve beef and pork carcasses in their plants.

Ray Price, president of Sunterra Group, said his pork-processing company near Trochu, Alta., needs at least 20 workers and he could hire 25 more if he could find them.

"We have lots of export opportunities that we could capitalize on, but we are not even looking at them because we just don't have the people," he said.

Werner Siegrist, general manager of Canadian Premium Meats in Lacombe, Alta., said unemployed oilpatch workers who were making $40 an hour aren't interested in working in a slaughterhouse for half that.

"We have people who walk away after a couple of hours," he said.

Price and Siegrest said Ottawa should make it easier for companies to bring in workers from Eastern Europe and the Philippines.

Quebec-based Olymel hired a recruiting firm last year to help it find new workers for some of its meat plants after the previous Conservative government imposed restrictions on hiring foreign workers.

Richard Vigneault, a company spokesman, said Olymel could double production in Red Deer if it could find more employees and hogs.

One new source of meat plant workers could be Syrian refugees coming to Canada.

The meat council said federal and provincial governments should do everything possible to settle some refugees in smaller rural communities in Western Canada, Ontario, Quebec and Atlantic Canada where their labour is most needed.

Maple Leaf Foods Inc. (TSX:MFI) said it is willing to consider hiring some qualified refugees for vacant jobs at its plants in Brandon, Man., and Lethbridge, Alta.