Tent city on the move again 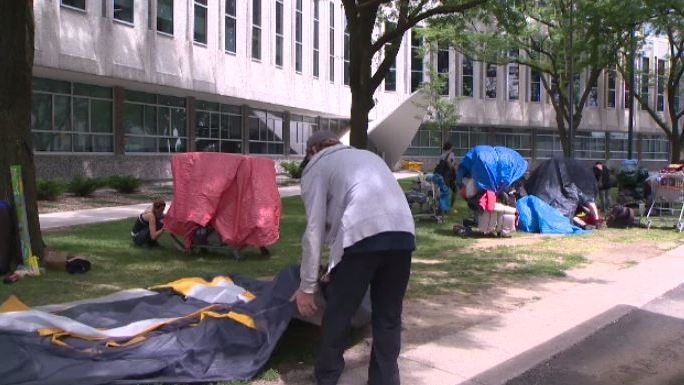 Protestors are seen here packing up their current spot outside regional headquarters after being asked to leave. July 30, 2018.

Protestors will be setting up camp in a new spot after being told to leave their current location outside regional headquarters on Monday.

The demonstration is held each year to shine a spotlight on homelessness and lack of affordable housing in Kitchener, especially in the downtown core.

Organizers say it also offers people experiencing homelessness a safe place to stay as a group.

Tent city has been in place for almost two weeks since first being set up in Victoria Park.

By-law officers told organizers they had until 1 p.m. on July 25 to clear out of the area.

The group since relocated and set up camp in front of regional headquarters.

On Monday organizers said they were told to move their protest elsewhere.

As many as 100 people have occupied this year.