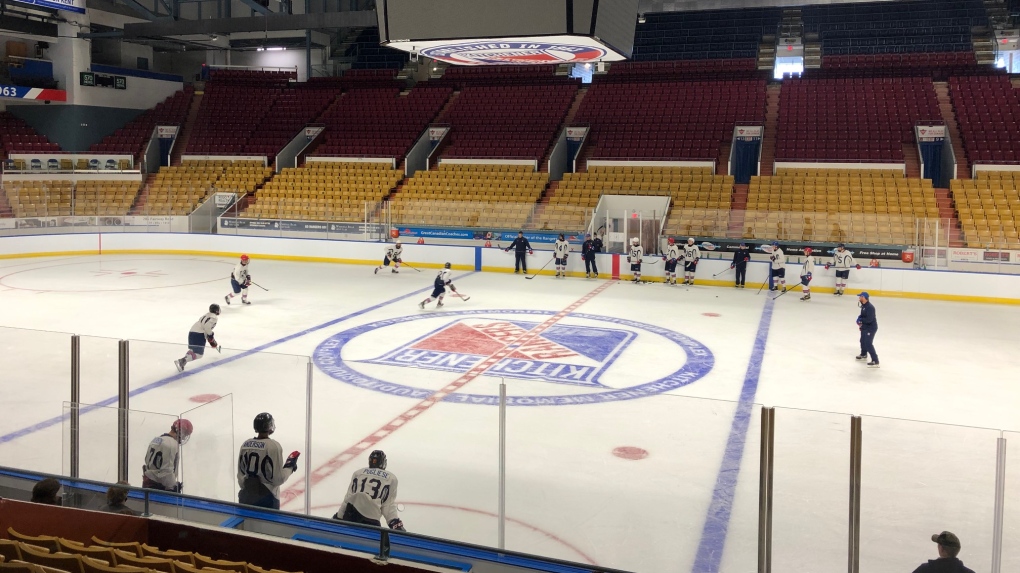 The Ontario Hockey League has announced the postponement of two regular season games, including the Kitchener Rangers Sunday afternoon tilt with the Windsor Spitfires.

The game, slated for 4:05 p.m., was pushed due to COVID-19 protocols affecting members of the Spitfires.

Sunday's game between the Hamilton Bulldogs and Barrie Colts has also been postponed because of a non-COVID related illness within the Bulldogs club.

The OHL says both games will be played at a later date and will provide scheduling updates once dates are confirmed.

Last week, the league announced the Rangers' game against the Sarnia Sting on Jan. 25 has been postponed due to scheduling changes.

Kitchener currently sits seventh in the Western Conference standings with a 14-16-2 record through 32 games.

The Rangers' next scheduled game is Jan. 28, when they host the Owen Sound Attack at The Aud.

Billionaire Elon Musk took to Twitter late on Thursday to denounce as 'utterly untrue' claims in a news report that he had sexually harassed a flight attendant on a private jet in 2016.

The man accused of attacking comedian Dave Chappelle during a performance in Los Angeles earlier this month is now facing attempted murder charges -- for an entirely different incident.