So many swans: Number triples in Victoria Park 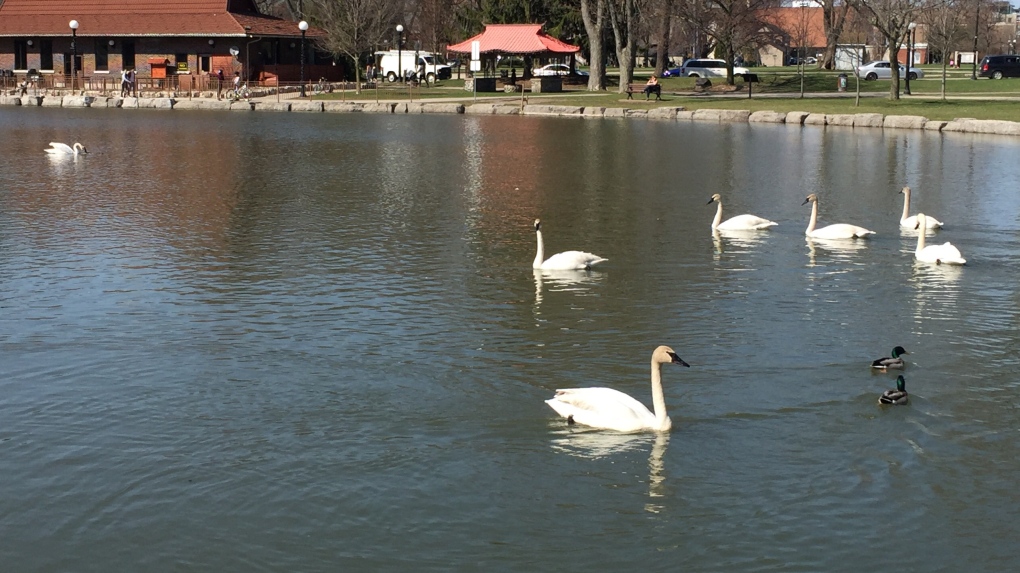 Seven swans seen near one another in Victoria Park. Altogether, at least nine swans were seen in the water. (Dan Lauckner / CTV Kitchener)

After years calling Victoria Park is own, Otis the swan may be feeling the squeeze.

The swan made headlines earlier this month when he paired up for the first time since his last mate died in 2012. He and another swan, which will be named soon, were joined by another, a trumpeter swan.

It appears that he’s enjoyed his time here so far, because word seems to have spread among his kind.

The new arrivals do not bear any tags, unlike the original trumpeter, so it’s unclear where this swath has come from.

Although outnumbered, Otis was aggressive and territorial around the others.

He was seen flapping his wings and honking at others who came near his female companion.

With temperatures reaching around 18 C and many school kids being off, the park was packed with people enjoying the weather and the swans.