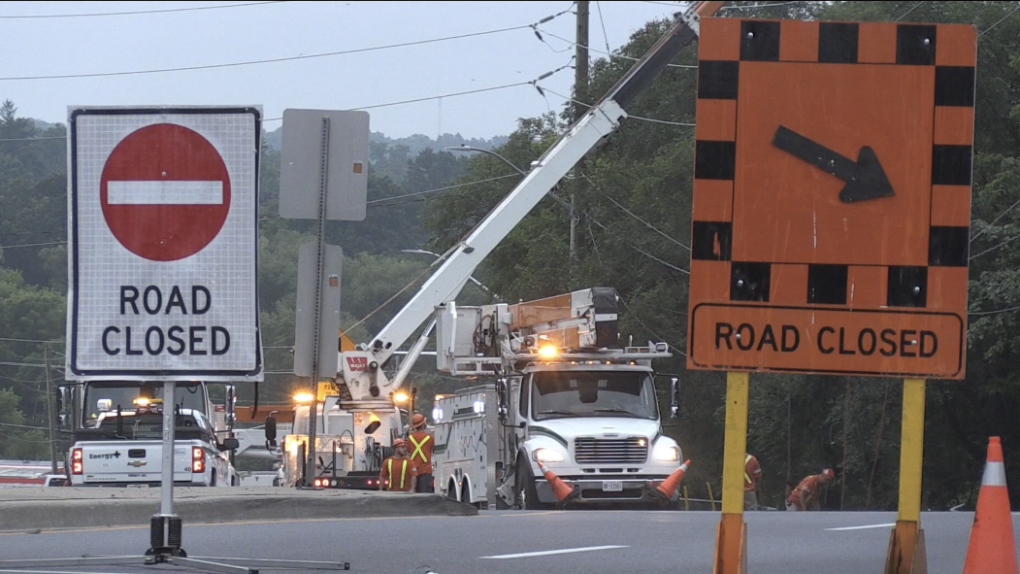 A stretch of Shantz Hill Road has been reopen to traffic after a closure lasting several hours while police investigated a crash in Cambridge on Thursday morning.

The investigation determined the driver of a Dodge Journey was travelling south on Shantz Hill Road, left the roadway and struck a hydro pole. No injuries were reported.

A male driver was reported fleeing the scene and was last seen walking along Preston Parkway.

Officials said power was lost to the area and crews were on scene for several hours to repair the hydro pole and restore power.

According to Grand Bridge Energy’s outage map, 187 customers were impacted. Power has since been restored.

Shantz Hill Road has been reopened.

Thank you for your patience. https://t.co/K6ntSonbUm