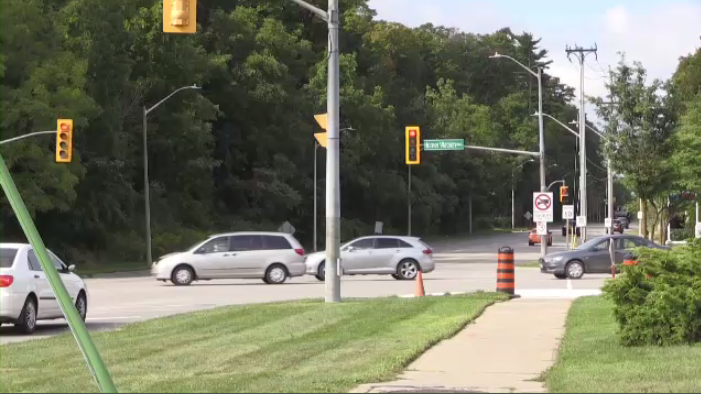 The Intersection of Bleams Road and Homer Watson Boulevard in Kitchener. Police are investigating a serious motorcycle collision that happened in the area. (Sept. 7, 2019)

Waterloo Regional Police are investigating a collision that seriously injured a 54-year-old motorcyclist.

First responders were called to the Kitchener incident around 6 p.m. on Friday in the area of Bleams Road and Homer Watson Boulevard.

Officials say the man operating the motorcycle was turning left out of a private driveway when he was struck by a car.

He was airlifted to a Hamilton hospital with serious injuries.

Bleams Road was closed for several hours between Homer Watson and Fallowfield Drive.

There is no word yet on charges.