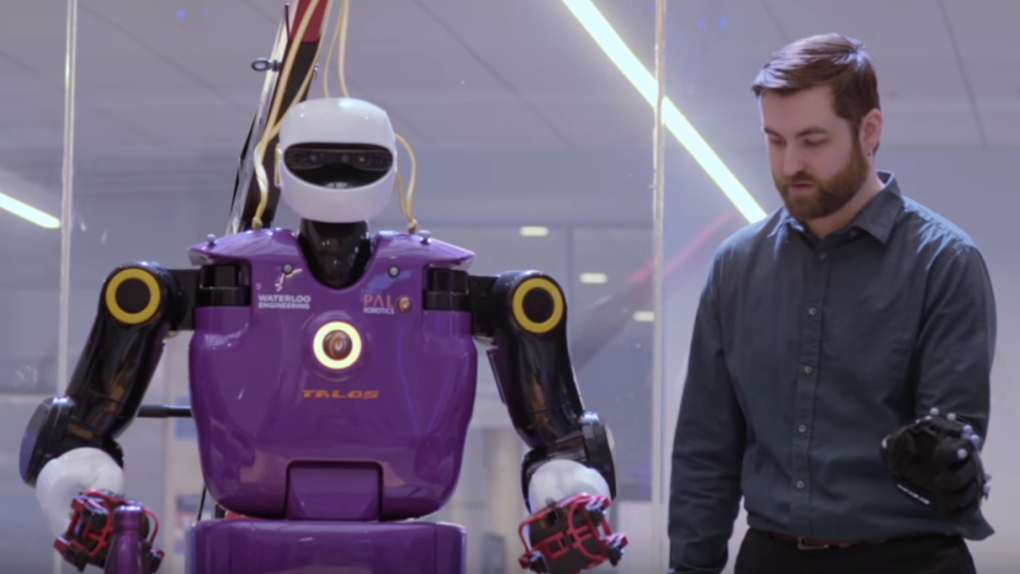 Viewers get a look inside the University of Waterloo's robotics facility on Episode 6 entitled 'Will a robot take my job?'

KITCHENER -- The University of Waterloo is getting some pretty good publicity, thanks to Iron Man.

Viewers get a look inside the robotics facility on Episode 6 entitled 'Will a robot take my job?'

To introduce the segment, Downey describes the facility as a premier robotics incubator.

"One thing they’re doing is developing A.I. and robotics to use in environments that are unstructured, more human, like at home," says Downey in the series.

In the episode there is a focus on RoboHub's TALOS, which is one of the most advanced humanoid robots commercially available in the world.

"It can walk, it can talk, it can see you in 3D, but it really can't do those things out of the box. You have to take it as a tool and teach it how to do a lot of these things," says RoboHub's engineering manager Brandon DeHart in the video.

The focus of the series is covering the ways artificial intelligence, machine learning and neural networks are changing the world.